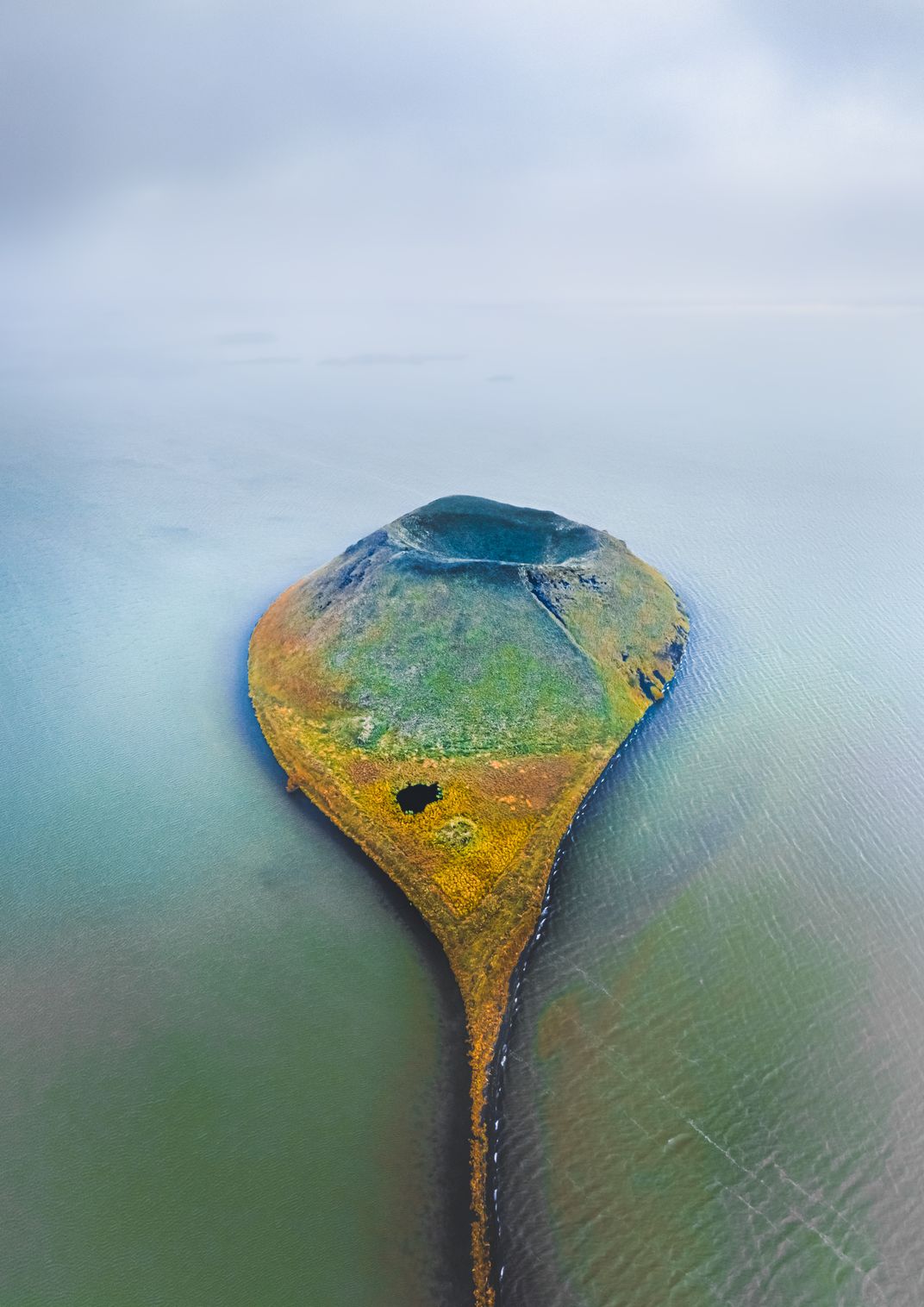 Pseudocrater on Lake Myvatn, Iceland. Most of Earth’s pseudocraters are in Iceland and they are rare elsewhere. The definition says, “The Myvatn pseudocraters were formed as lava entered a large lake, trapping its wet sediment underneath. First, many eruptions take place and a platform of fine-grained material is built up. Later, a few eruption vents take over, the water supply diminishes, and well-shaped crater cones develop on top of the platform. The molten lava moves like a thin sheet inside a stationary crust. The lower crust breaks and the hot lava makes contact with the water-logged sediment underneath triggering violent steam eruptions. The lava continues to flow inside the crust envelope and feeds the steam eruptions.” Taken by a drone.