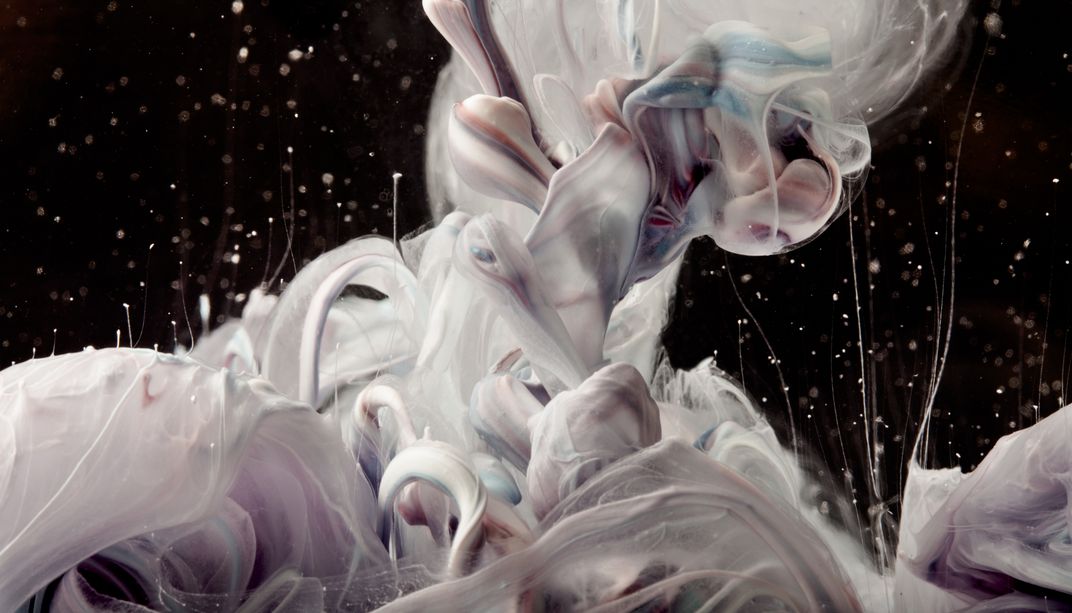 This photographic series by Javiera Estrada is inspired by a photograph taken by the Hubble Space Telescope of the interstellar gas and dust in the Eagle Nebula some 7,000 light years from Earth that is entitled Pillars of Creation. It is a place where stars are born and simultaneously eroding by the light of nearby stars. Almost every element of earth was formed at the heart of a star. Our bodies are remnants from the bursting of these beautiful crystals of light. The artist is fascinated with the study of astrology, meta and quantum physics which have been influential in her life and creative process. The series Pillars of Creation is an exploration of consciousness and the ever-expanding world of the universe within. Magical worlds are created through explosions of ink in water. Through the negative space, vibrant textures emerge organically. Similar to life, each image is a mystery unfolding, only to be revealed in the present moment. In the words of Javiera Estrada: "Like the empty space in the galaxy, I've been dying and re-birthing out of darkness into the light of new beginnings".