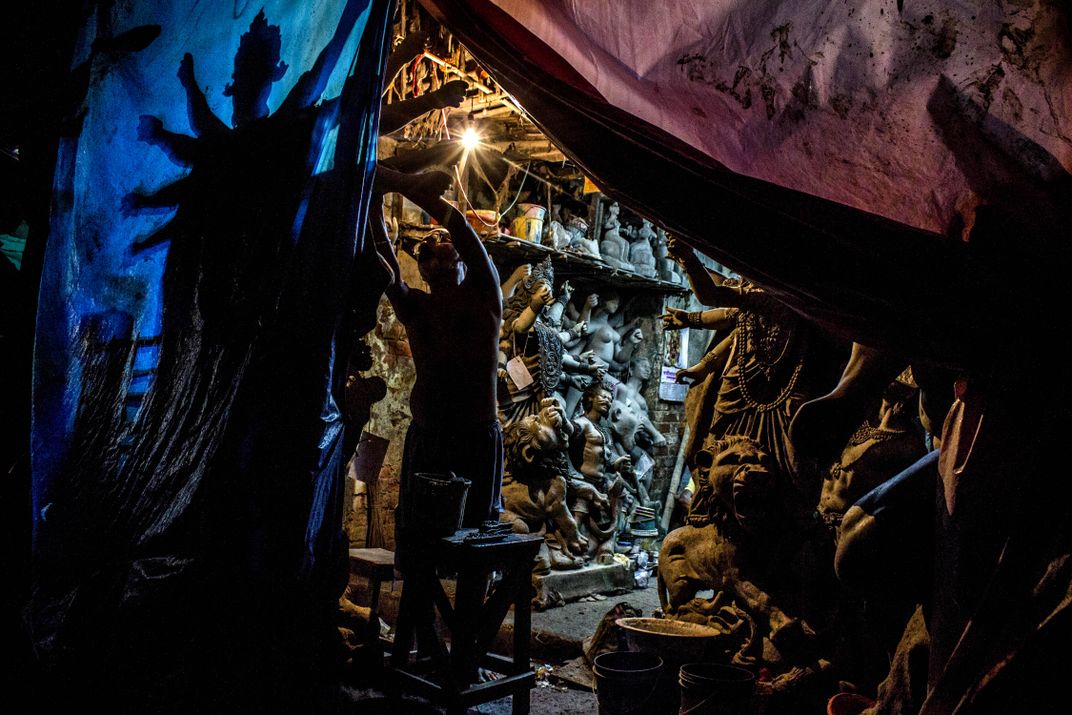 The photograph showing the low light shadow drama of Kumortuli area. The shadow is created by the light source and the idol. Both of them are the creations of Human. On the other hand God has created the Human race. Now human are creating the idols of God/Goddess. There is creation and creators link cycle all over. The shadow portion and the Idol hand portion are from same source in the frame designating the linkage of all connections. Kumortuli (also spelt Kumartuli, or the archaic spelling Coomartolly) is a traditionally potters’ quarter in northern Kolkata (previously known as Calcutta), the capital of the East Indian state of West Bengal. By virtue of their artistic productions these potters have moved from obscurity to prominence. This Kolkata neighborhood, not only supplies clay idols of Hindu gods and goddesses to barowari pujas in Kolkata and its neighborhoods, but a number of idols are exported. It is one of the seven wonders in Kolkata.