Home People Crying for the Nine Lost, Crying for My Friends and My Luck 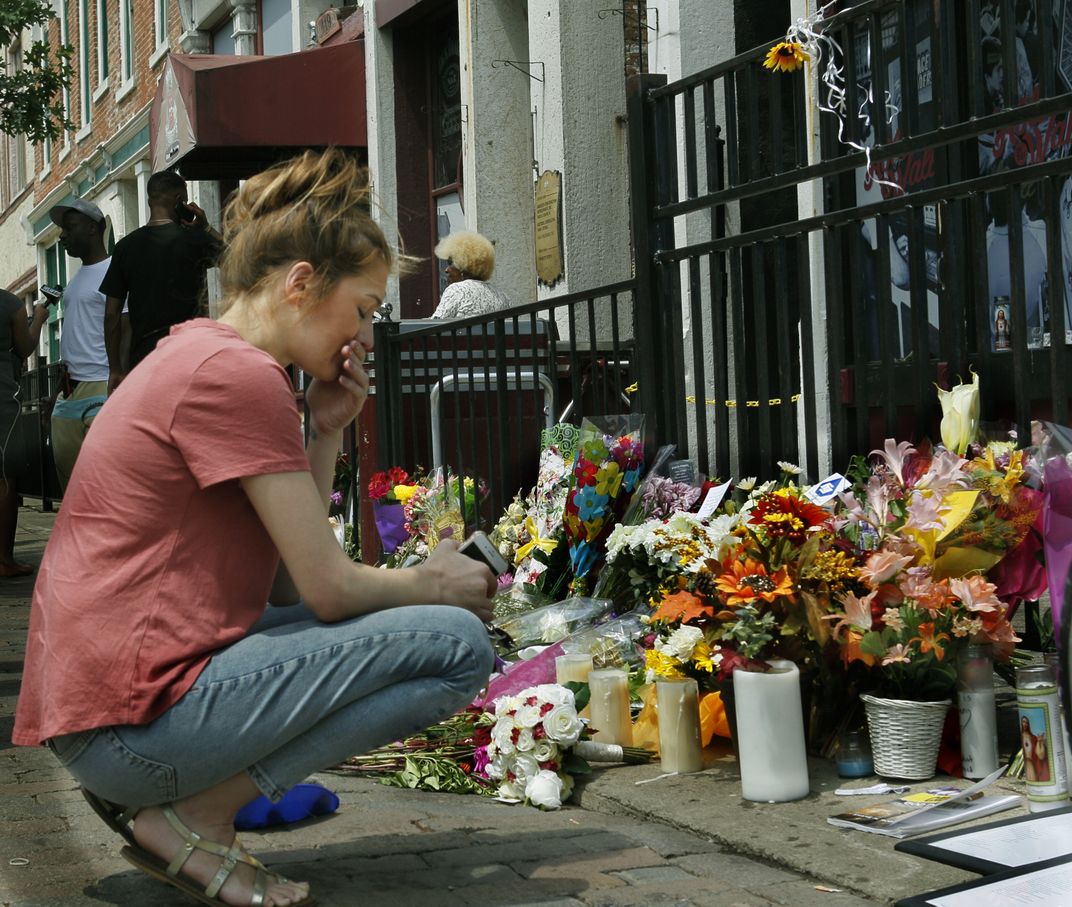 17th Annual Smithsonian Magazine Photo Contest People
Crying for the Nine Lost, Crying for My Friends and My Luck

Kristin Williamson of Mason Ohio, crys near Ned Peppers tavern on Tue 8-6-2019. As she thinks about the Morning shooting on 8-2-2019 were one of her a friend was shot other friends had to run for there life’s during the shooting. She had made plans to meet up her friends but changed her plans before heading out to Dayton,Ohio for a night of fun with friends. Nice people were killed and 29 other’s were shot. The shooter was killed by Dayton, Police in 29 seconds before he killed more.