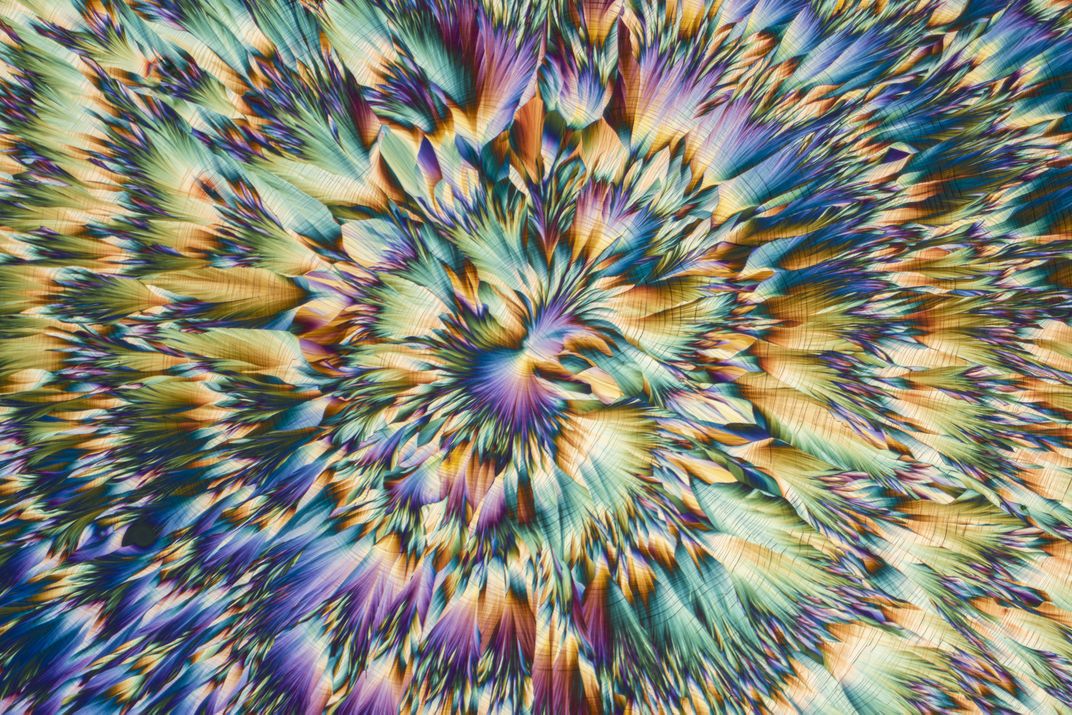 Nature underpins all of chemistry, for quantum mechanics is the study of nature after all. Quantum mechanics is responsible for the beautiful formation of this chemical crystalline film shown in this photograph. The crystalline film constitutes a chemical cocktail of predominantly the toxic chemical - cyanide. The solvent in which the ingredients are dissolved was evaporate through forced convection allowing to solute to crystallize out. When evaporation occurs, the solute atoms and molecules begin to stick together like tiny magnets via a process of nucleated differential growth. This means that the crystal film grows at different rates from a central point (at the center of the flower). This leads to the formation of petal-like forms. The colors come about due to the physics of the crystal, namely birefringence.