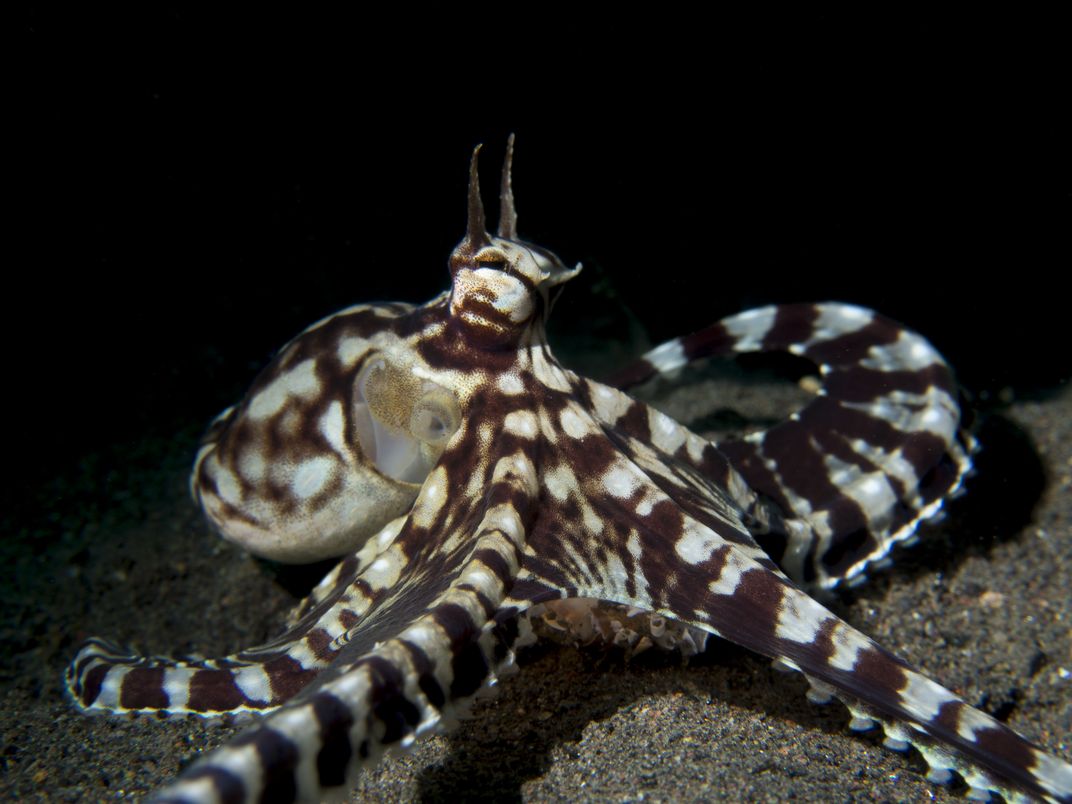 The Mimic Octopus(Thaumoctopus mimicus) lives in the Indian Ocean and the Pacific Ocean and has the special ability to change shape and imitate other species. It is said to be able to imitate up to 13 different species. So far, for example, transformations into a flatfish, a lionfish, or a sea snake could be observed. Octopuses are generally considered to be highly intelligent and empathetic. The mimic octopus photographed here was initially hiding in a small hole on the reef bottom. I discovered him only by chance. However, when I gave him some space and time to get used to my presence, he quickly turned out to be extremely curious. Slowly he came out of his hiding place and carefully approached me. At the moment when this photo was taken he stretched out one of his tentacles to inspect my camera. In such moments you really realize that you are dealing with unique creatures that also have their own character.