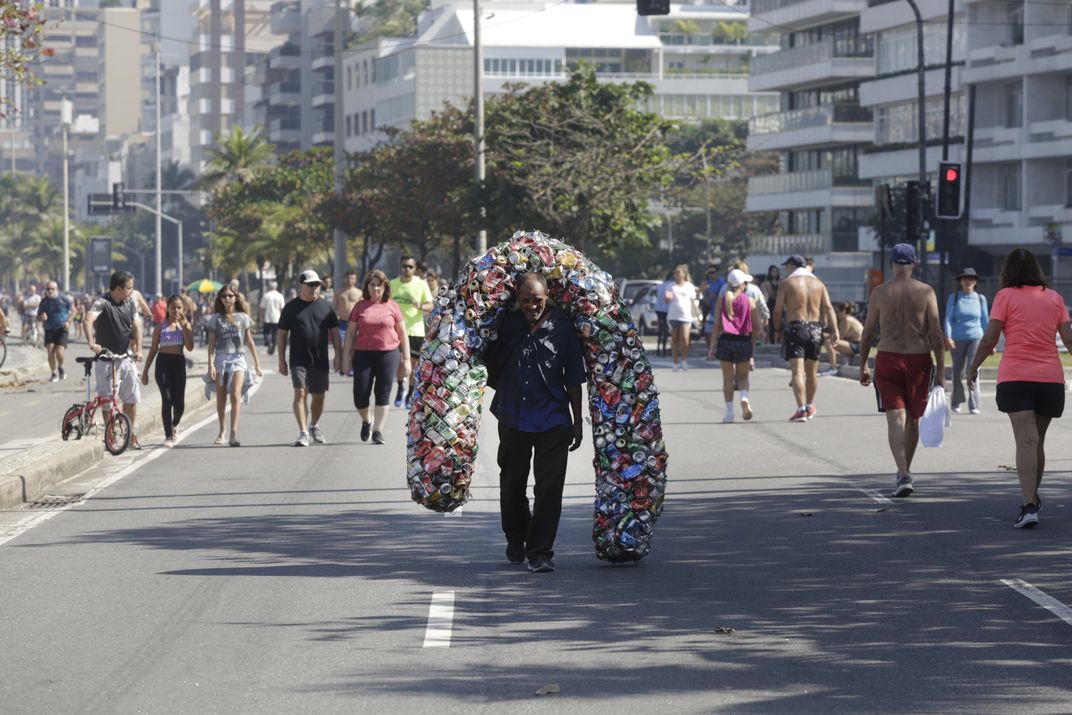 This image is part of a scenario that has become everyday, more and more people are surviving from garbage. Much due to the economic crisis that the country is going through. The photos reveal the human landscape of the Brazilians, that is, the captured image makes one think, provokes a reflection on the facts described, carries, as it were, an apocalyptic charge of the world. The term "entrepreneur", introduced by the current Brazilian government, highlights the vulnerability of workers who, without a job, search for their economic survival in the trash, risking their lives without any social protection and without access to labor rights. It is the visual narrative of a country marked by social tensions that have only grown in the past 10 years. This photo shows the day-to-day record of these people, speaks of a place that needs to be seen as an important part of the city, a place of daily overcoming that influences urban culture and the city itself.