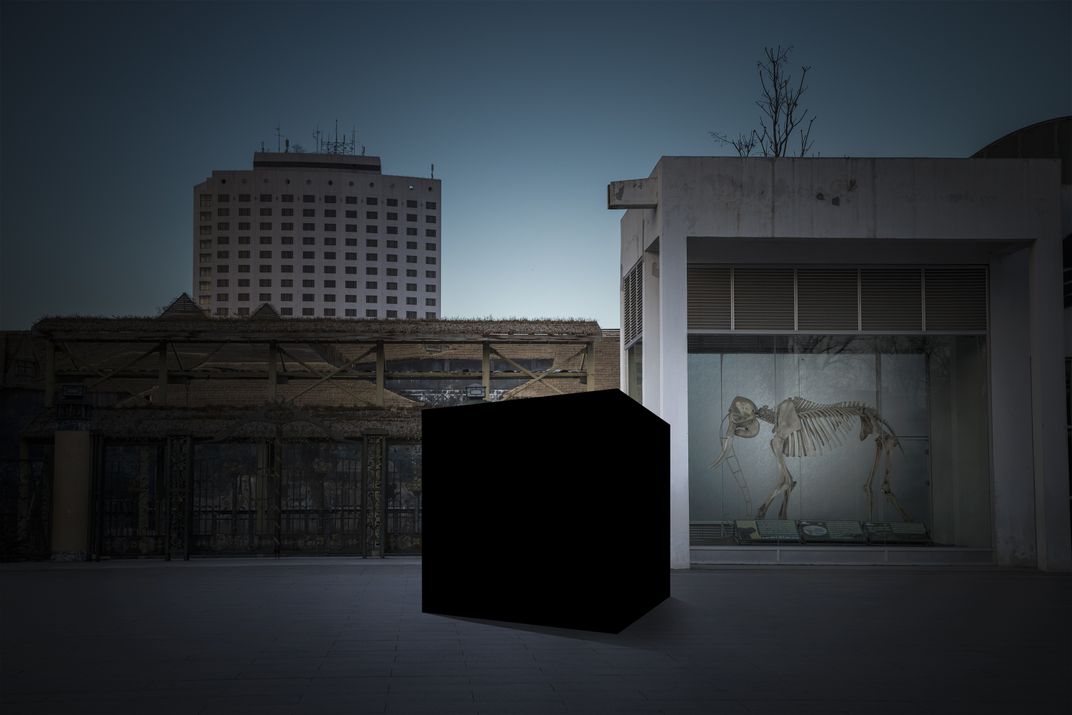 In Dark matter, I have tried to simulate the dark matter into an image; in this case, the black cube plays the role of the Dark matter and dark energy has been surrounded by a black area. In fact, the recognizable part for our eyes is the normal matter. Theorists and scientists says : It turns out that roughly 68% of the universe is dark energy. Dark matter makes up about 27%. The rest - everything on Earth, everything ever observed with all of our instruments, all normal matter - adds up to less than 5% of the universe. Come to think of it, maybe it shouldn't be called "normal" matter at all, since it is such a small fraction of the universe. Unlike normal matter, dark matter does not interact with the electromagnetic force. This means it does not absorb, reflect or emit light, making it extremely hard to spot. In fact, researchers have been able to infer the existence of dark matter only from the gravitational effect it seems to have on visible matter