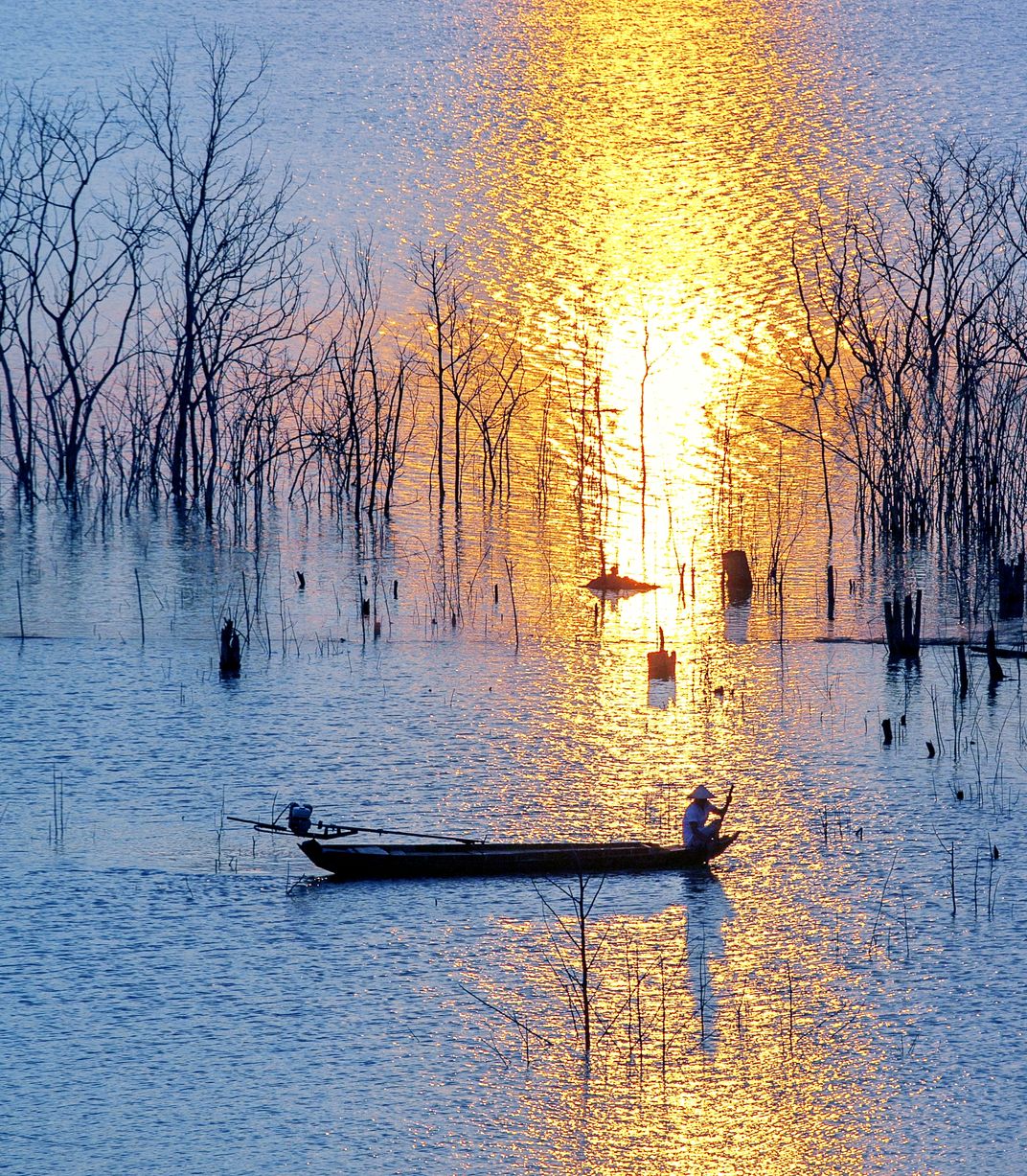 Buon Tua Srah hydropower plant was built on Srepok river, the largest river in Central Highlands of Vietnam. Since the start of the project, the environment as well as the livelihoods of the vulnerable farmers in the area has been affected in many ways. The project caused difficulties in fishing and loss of fishes due to decreasing fish quantity and species. It also affected food security of the people in the areas due to loss of agricultural land and crop yield caused by flood. It also brought problems in resettlement and compensation on the losses. The project also led to significant changes in Srepok’s flow regimes, which caused unsteady flow, river bank’s erosion, made the water dirty and less in quantity and negatively affected the biodiversity of the area. Right after the release of the water by the hydroelectric plant, landslides and flooding happened the neighbouring areas, which killed a lot of trees as you can see in the picture.