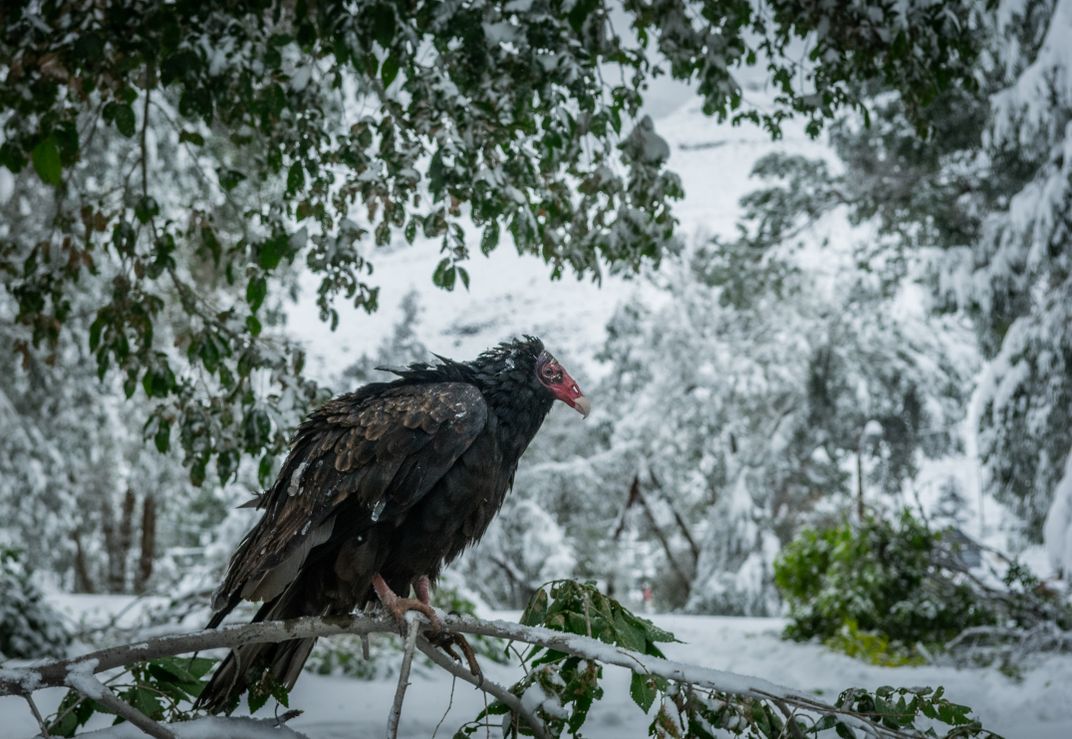 A turkey vulture perches on a fallen tree limb, after a rare summer snow storm during which many deciduous trees, not having begun to shed their foliage, lost limbs and branches due to the weight of the heavy, wet snow. Many birds seemed confused and behaved oddly during and directly following the storm, which moved south over the Rockies on 9/8/20. Many birds also died in the storm. Some believed to have fled the fires on the west coast, only to be welcomed by a deadly arctic blast.