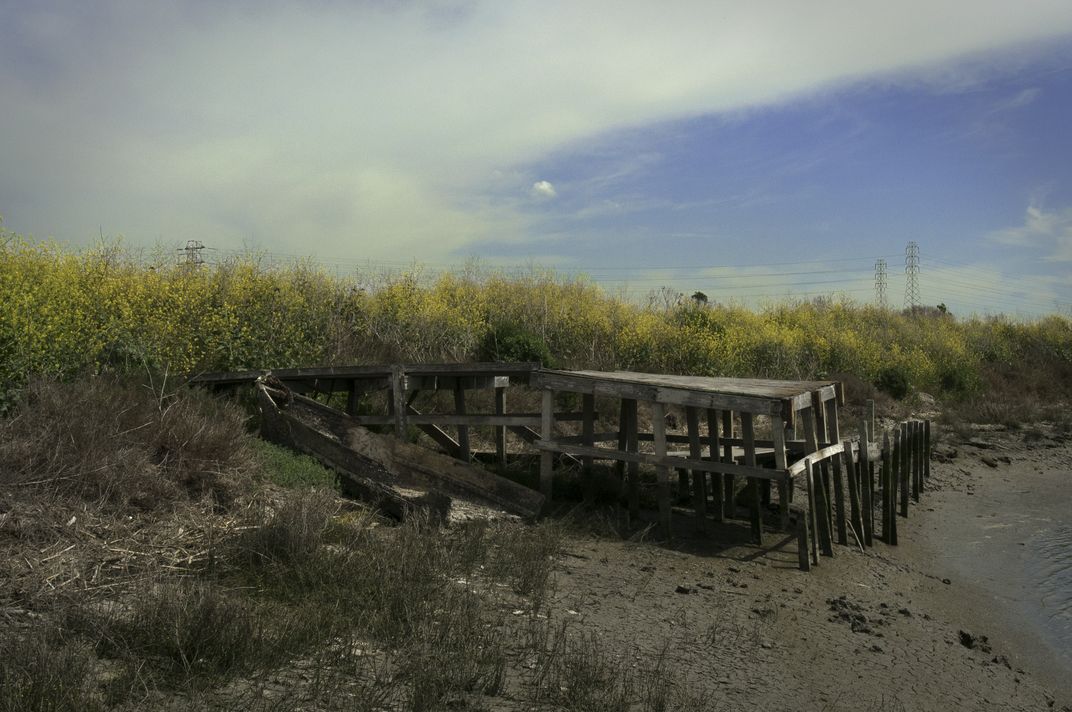 Mud Slough is located at the northern end of Station Island on the marshlands of southeastern San Francisco Bay. The slough is part of the Laguna Creek Watershed. It meanders into the larger Coyote Creek before emptying into the San Francisco Bay. This deserted pier, near the ghost town of Drawbridge has been almost totally consumed by the surrounding pickleweed and cord grass. At one time, probably around the time this dock was built, this area served as a lush hunting grounds for sportsmen. As more people moved into the surrounding communities it became an easy place to dispose of garbage and sewers. Prior to 1970, the value of these wetlands was not understood so human activities destroyed much of the habitat that attracted them in the first place. Today, the area has been designated as a National Wildlife Refuge and is in the process of being restored to its original state.