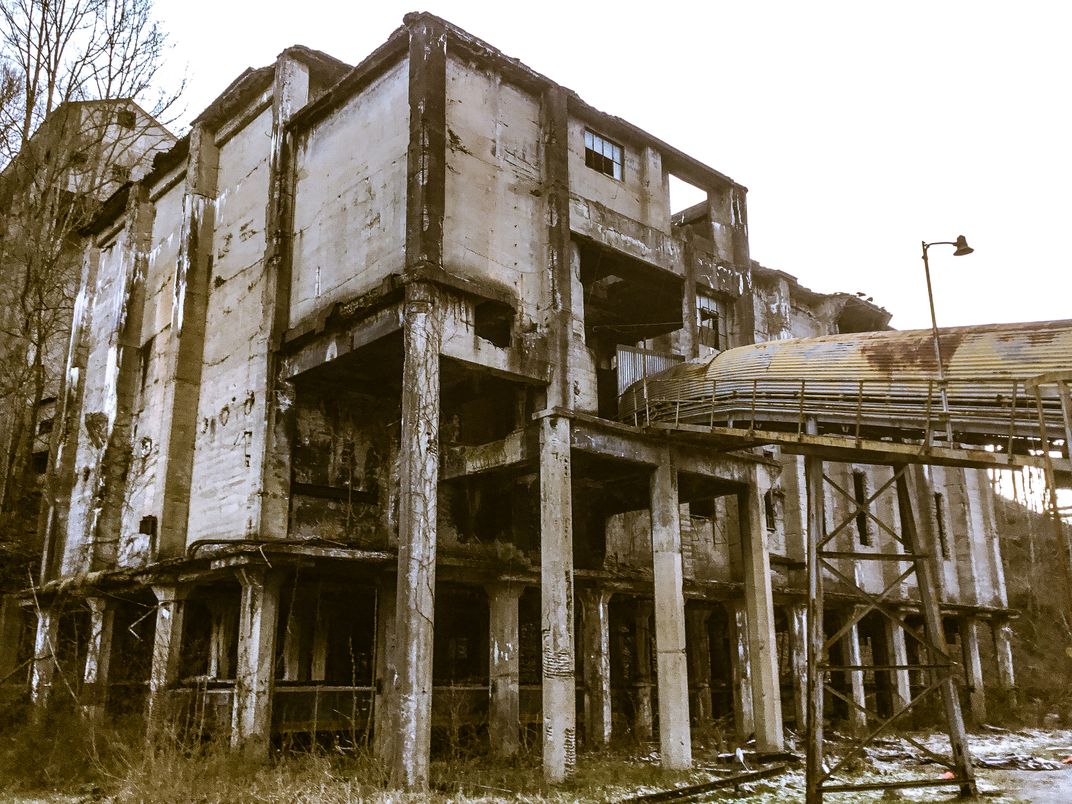 The town of Lynch Kentuckywas once a booming place. Established in 1918, coal built the town to the highest of the high for over 70 years, until the early 90s put a stop to it all. The town once had a higher population then Chicago, but now lies at under a thousand. The L&N railroad would haul the coal to the various locations across the country, but once the tracks were ripped up, it spelled doom for the town. Now, at over 100 years of age, the buildings made of early 1900s concrete are deteriorating and it’s clear they won’t be around forever. Also take note of the old rail car under this coal tipple. A break sled made from an old steam locomotives tender, filled with concrete, to help hold the heavy coal cars from slipping away downhill.