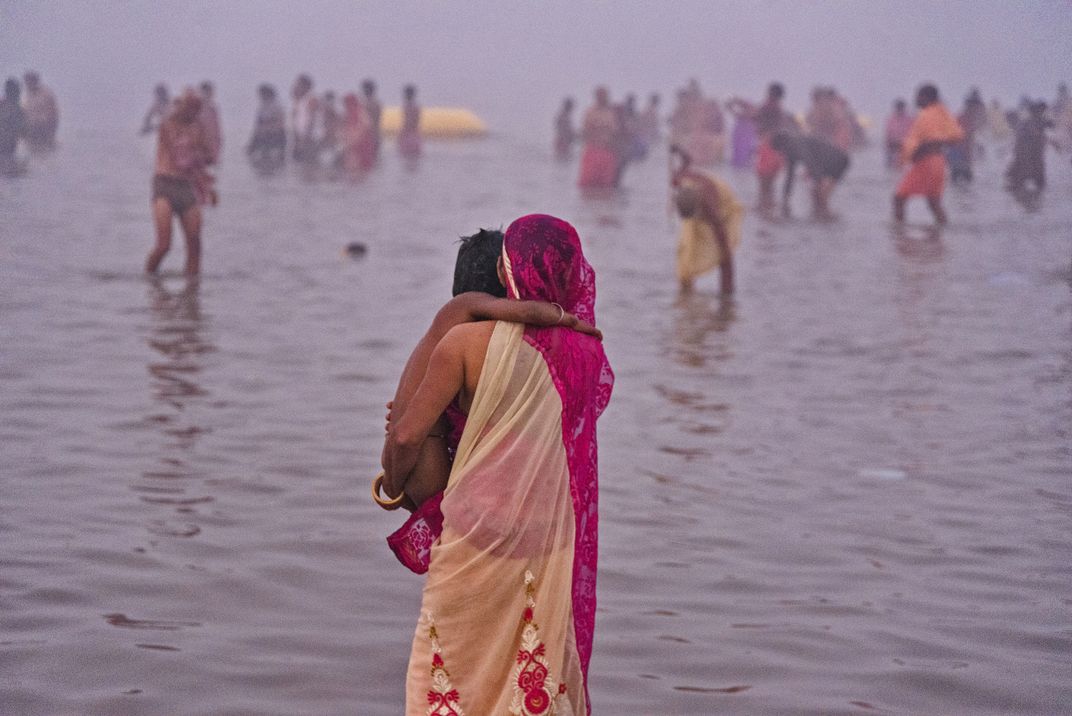 Holy Dip - Pilgrims taking holy dip at Gangasagar during Makar Sankranti. Hundreds of thousands of pilgrims offer their prayers during this auspicious day which marks the transition of the sun into the zodiacal sign of Makara (Capricorn) on its celestial path according to the Hindu calendar.Devotees from all over India & abroad come during mid January each year to take a holy dip on the day of Makar Sankranti (marking the end of winter solstice) at Ganga Sagar, which is held in Sagar Island where the mighty Ganges confluences with Bay of Bengal. Considered as one of the holiest and toughest places to visit in Hindu faith, the pilgrimage centers on the holy dip which Hindus believe cleanses their sins. It is considered as the second largest assembly of people after Kumbha Mela.