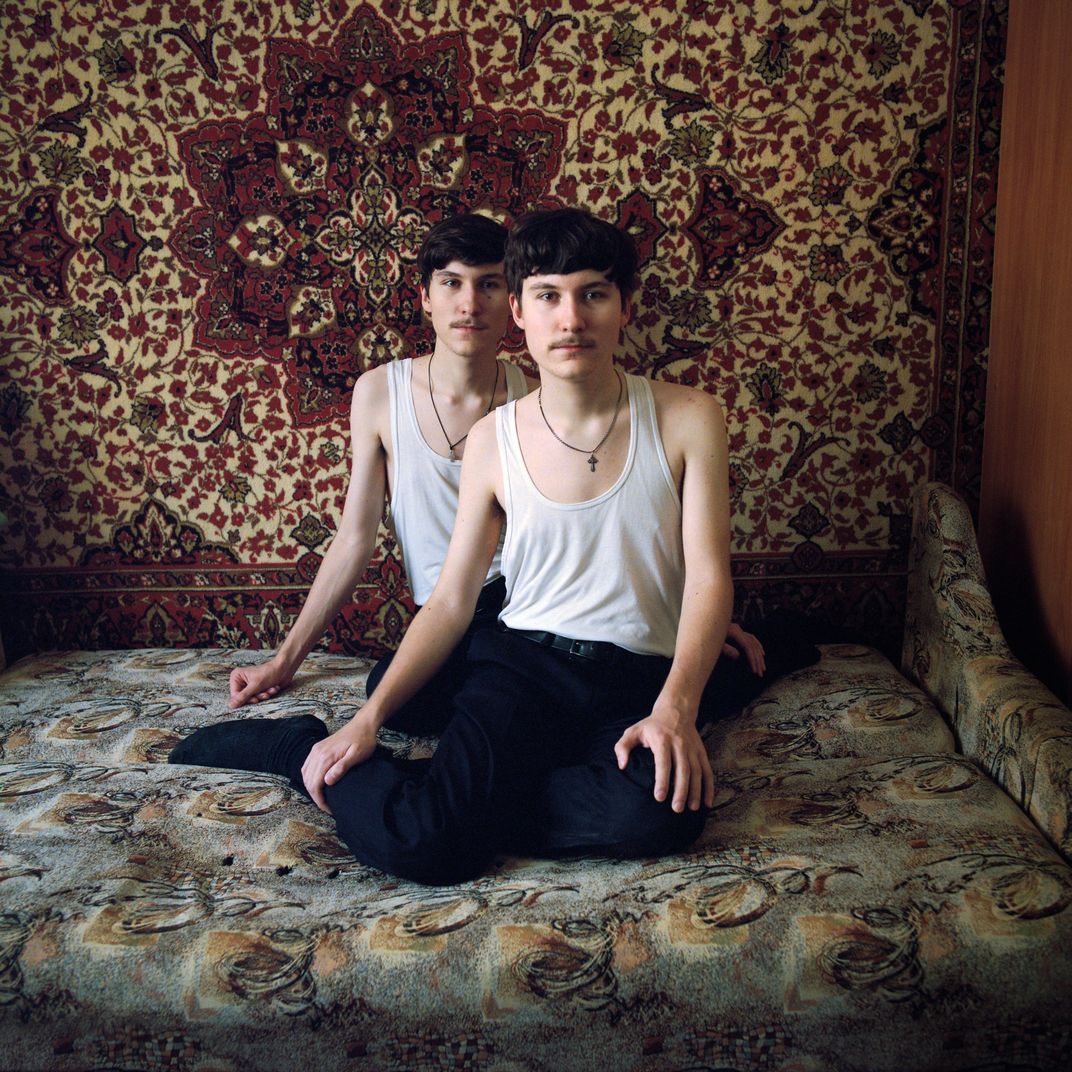 Identical twins are usually looked at as an unusual and mysterious phenomenon. People scrutinize their faces with interest looking for differences in their appearances and behavior while asking themselves: what is it feels like to grow up and see "your copy" next to you? In 2017, I started my photo series, in which I photographed young twins of 8-18 years old. I took their portraits in their homes, the place where they grew next to each other. As a matter of fact, these twins shared pretty much everything - the same genome, the same parents, the same birthday, house, toys, some of them even wear the same clothes. Without a doubt, all twins have extremely strong bond, they understand each other perfectly, their movements and manner of speech are very similar, but... while working with them, I realized that these people with “one face” do have distinct characters, different perceptions of life, which, after they grow up, are likely to become even more apparent. Observing the twins, I came to the conclusion that each and every person is an amazing and unique fusion of his genetic data, influences of environment he or she grew up in, simple life accidents and his own life choices. And the whole is greater than just the sum of its parts.