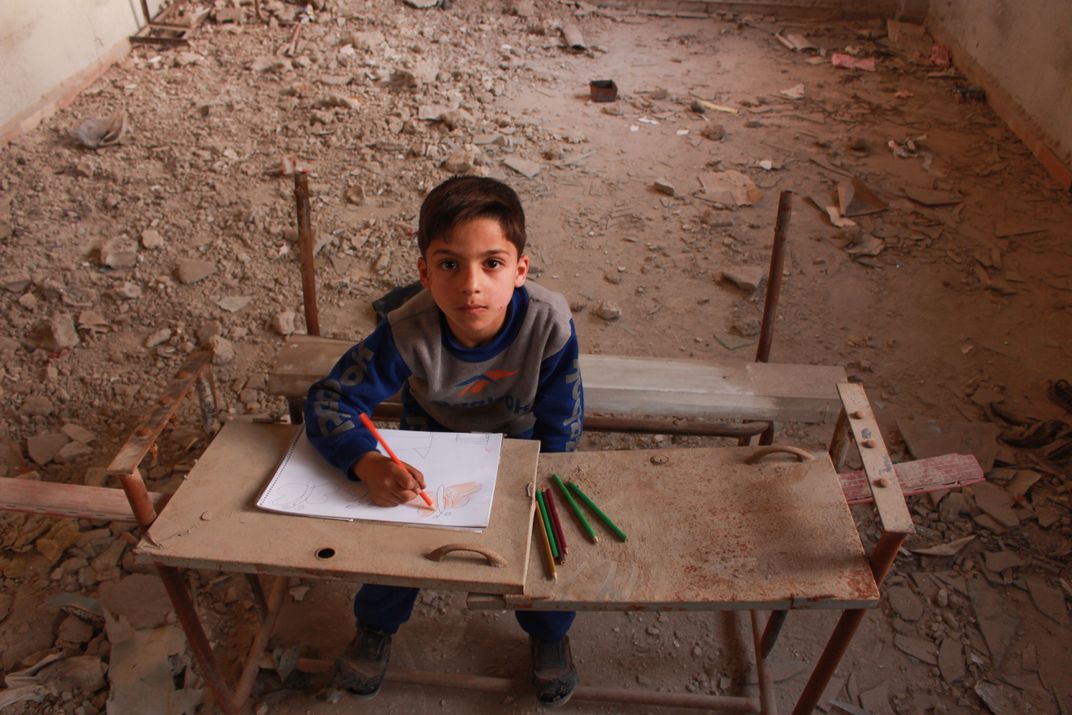 The city of Douma in Syria lies in opposition-held Eastern Ghouta, an agricultural area on the outskirts of the capital Damascus. Douma and other small towns in Eastern Ghouta came under heavy shelling and bombardment. Responsibility for the attacks was difficult to verify.People began to move out of the most violent areas out of Syria and to the extent that homelessness has taken hold of people, most of the pictures of people fleeing from bombing, destruction and killing to camps of displacement and displacement outside Syria,