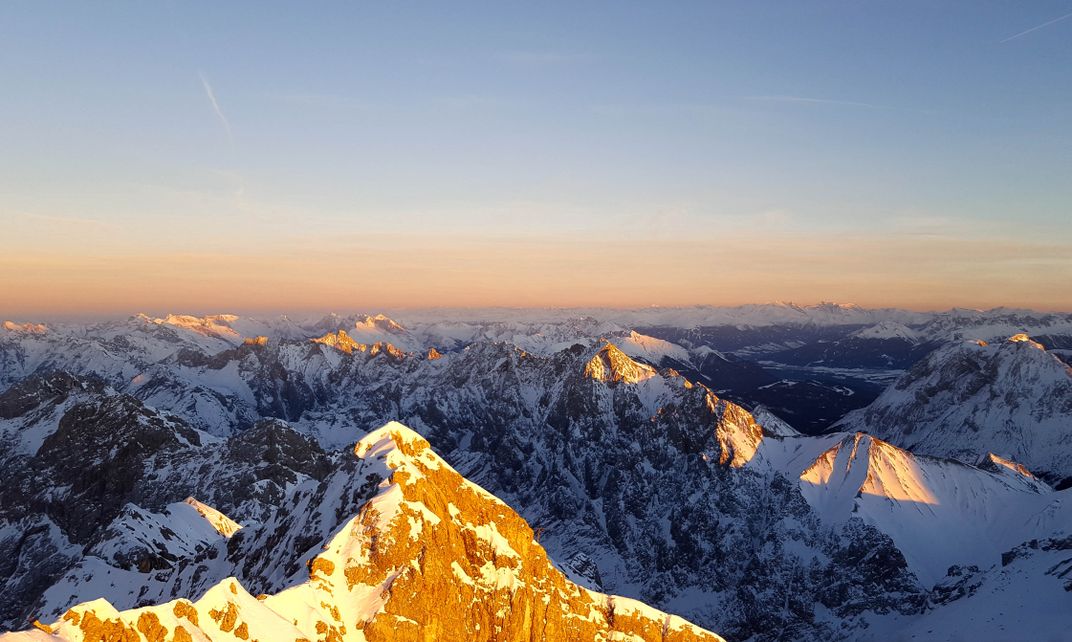 A textbook example of the alpenglow phenomenon in the German Alps during the winter of 2019. We had the unique opportunity to take a cable car ride to the top of the Zugspitze, Germany`s highest mountain after business hours which allowed us to stay until sunset. Little did we know that the weather was about to clear up and thus make for an incredible scenery. Growing up in the German Prealps I got to see the alpenglow phenomenon many times over. But this evening was the perfect mix of "at the right place at the right time" with such distant views all the way to the central alps and the stark contrast of a snow-capped landscape against the illuminated peaks.