Home The American Experience Don't Tread on Me 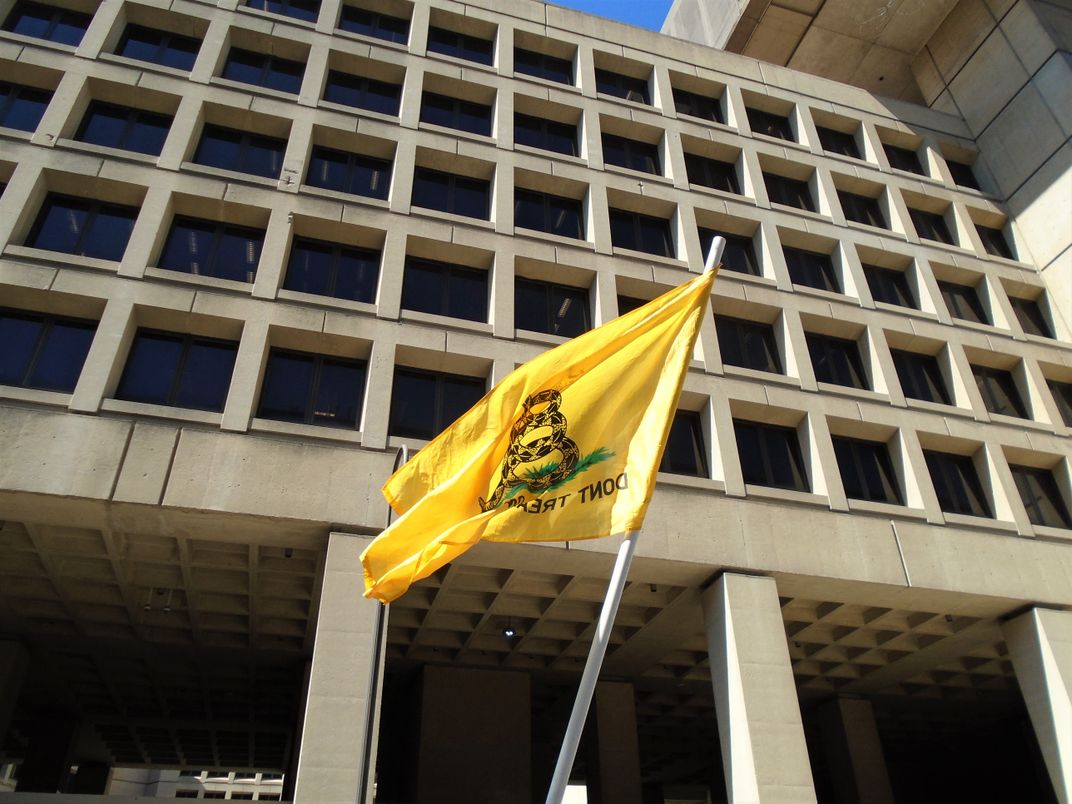 During March for Our Lives in Washington, DC in March 2018, there was a small contingent of counter-protesters, many of whom appeared to be from militia groups and were wearing tactical gear. They originally started out next to the FBI Headquarters, but later moved to the main protest area. Being in the counter-protester area allowed me to see a lot of interesting interactions between protesters and counter-protesters, most it unproductive disagreement, but kept civil.