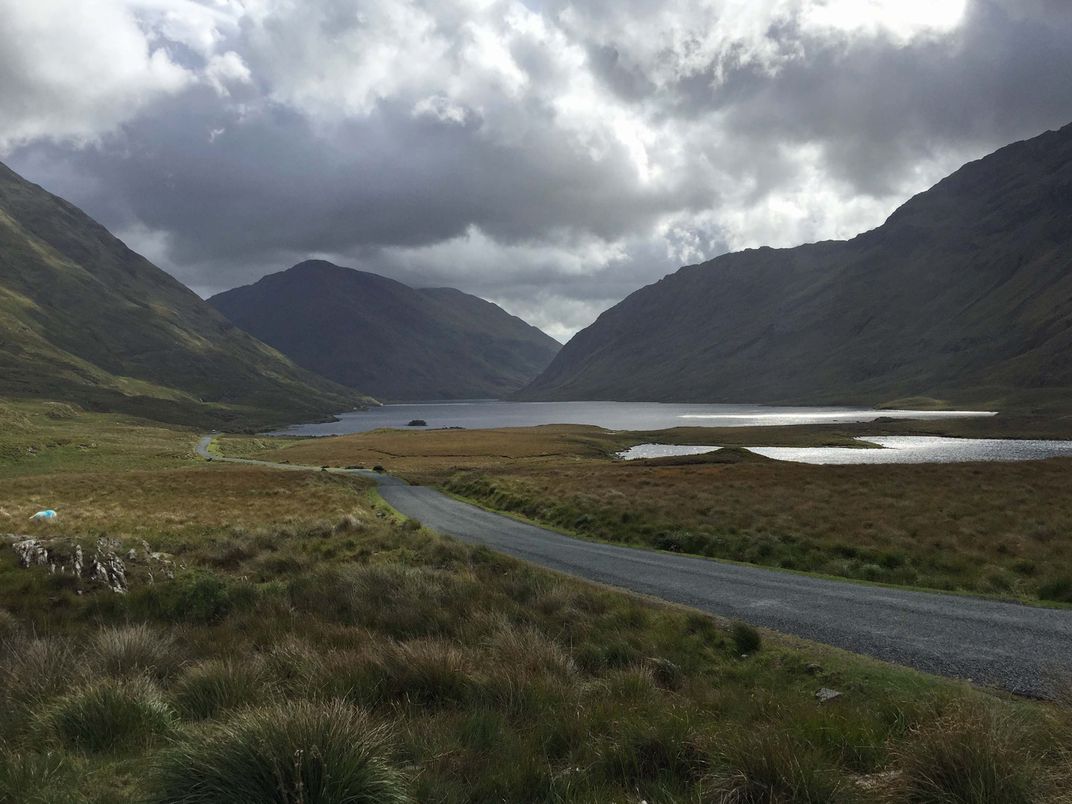 In Ireland, It is estimated that between 1845 and 1850 one million people died during the Irish Potato Famine. During this time around 600 men, women, and children living in the Connemara area of Ireland were told to go to Delphi Lodge to see their landlord who would give them food. They traveled 15 miles from Louisbourgh to Delphi Lodge through DooLough Valley in freezing weather. After reaching Delphi Lodge, they were told that the landlord could not be disturbed while he was eating lunch. When they finally met with him, they were sent away empty-handed and most died in this valley on their journey home.