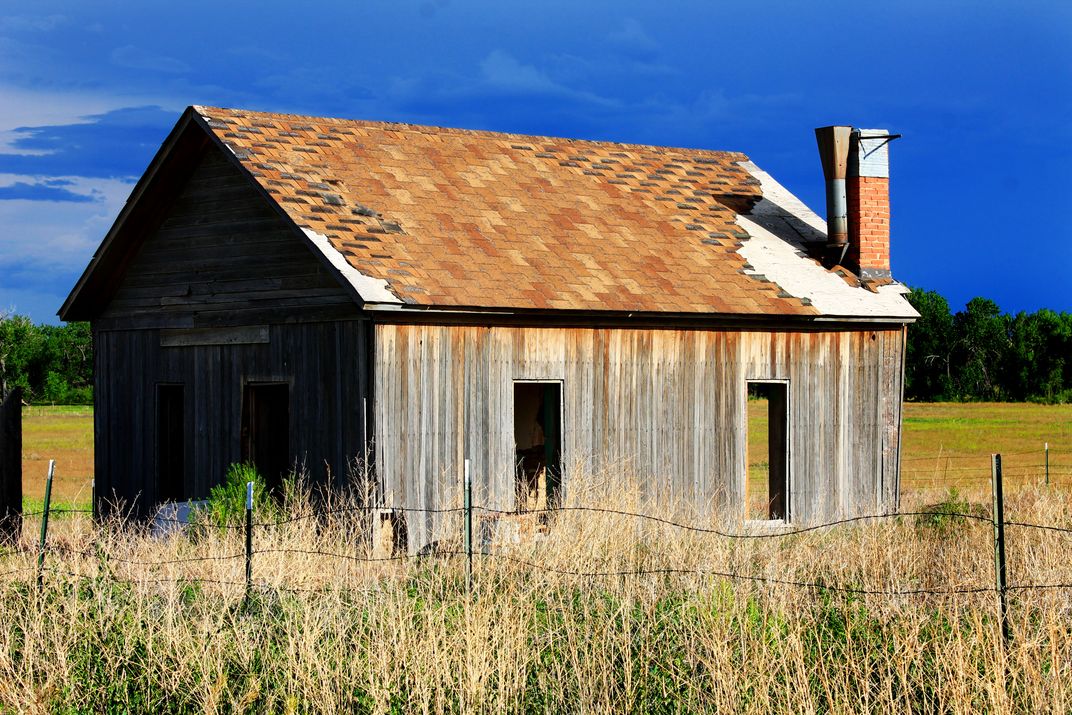 The Doyle Settlement - Joseph Bainbridge Doyle was one of the builders of Fort Pueblo in 1842. He purchased 2 miles of the Huerfano Valley in 1859 from Vigil and St. Vrain and established his family here, building the large ranch house "Casa Blanca" with lumber shipped from St. Louis. Doyle met and married Maria de la Cruz Suaso (3), on Oct. 14, 1844 (1). Doyle brought 600 acres under cultivation, built irrigation ditches, and established one of the first flour mills in Colorado. He brought the first school teacher into Colorado, O.J. Goldrick, to tutor his children (2). He was elected commissioner of Huerfano County and to the State Council as the State Senate was then called. Aged remains of the Doyle era still stand. The Doyle school house and one of the oldest buriel grounds in Colorado containing the gravestones of the Doyle family, early pioneers, and other members of the Doyle Settlement.