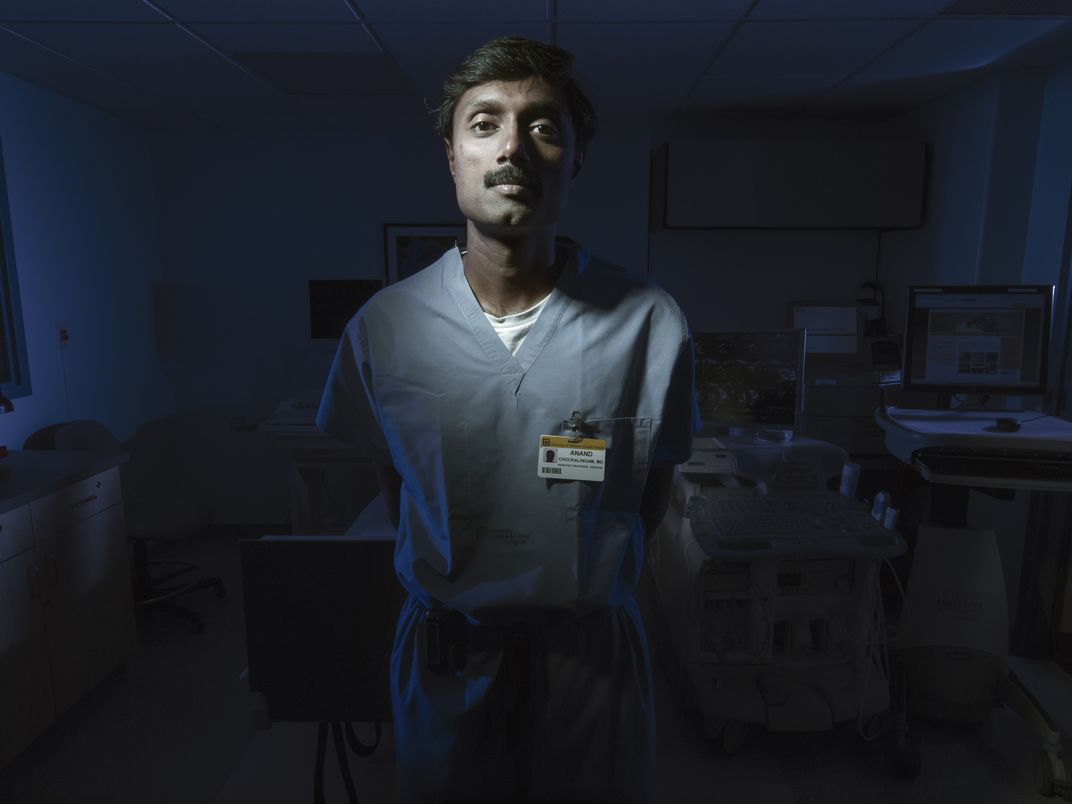 Dr. Anand Chockalingam is a practicing cardiologist at the University Hospital, Columbia, Missouri. Chockalingam arrived in the United States in 1997 for a residency program in Pittsburgh and returned to India in 2000 to do a cardiology fellowship and got married to Dr. Smrita Dorairajan, who is now working as a nephrologist in Columbia. Quality education was always the motive for the Chockalingams to come to the United States. In fact, Dr. Dorairajan was training as a pediatrician in India when Dr. Chockalingam decided to move to the United States as he felt studying and working in this country would provide the couple especially, Dr. Dorairajan, a varied clinical exposure and potential for engaging in research work. Dr. Chockalingam started practicing as a cardiologist when the couple moved to Charleston, W.Va. in 2004 with their son, Kavin Anand, who was 3 years old at that time. Dr. Dorairajan began her internal medicine residency in 2005. The family relocated to Columbia in 2006 and Dr. Dorairajan continued with her residency program and was awarded a fellowship in nephrology in 2008. She has been practicing as a nephrologist at the Harry S. Truman Memorial Veterans' Hospital since 2010. Although life in United States has taught them to juggle personal and professional lives successfully, they still value Indian traditions and culture. Their plan is to go back to India once their son, Kavin, 12, finishes high school. They are afraid that moving now would negatively impact his education. Kavin is passionate about tennis and music. He plays piano and has been learning violin from his maternal great grandmother since he was six. They also have a daughter, Laya Anand, four, who is in preschool and loves ballet. The Chockalingams plan to use their skills acquired in the United States to help improve the health of the underprivileged in Chennai when they eventually return to India.