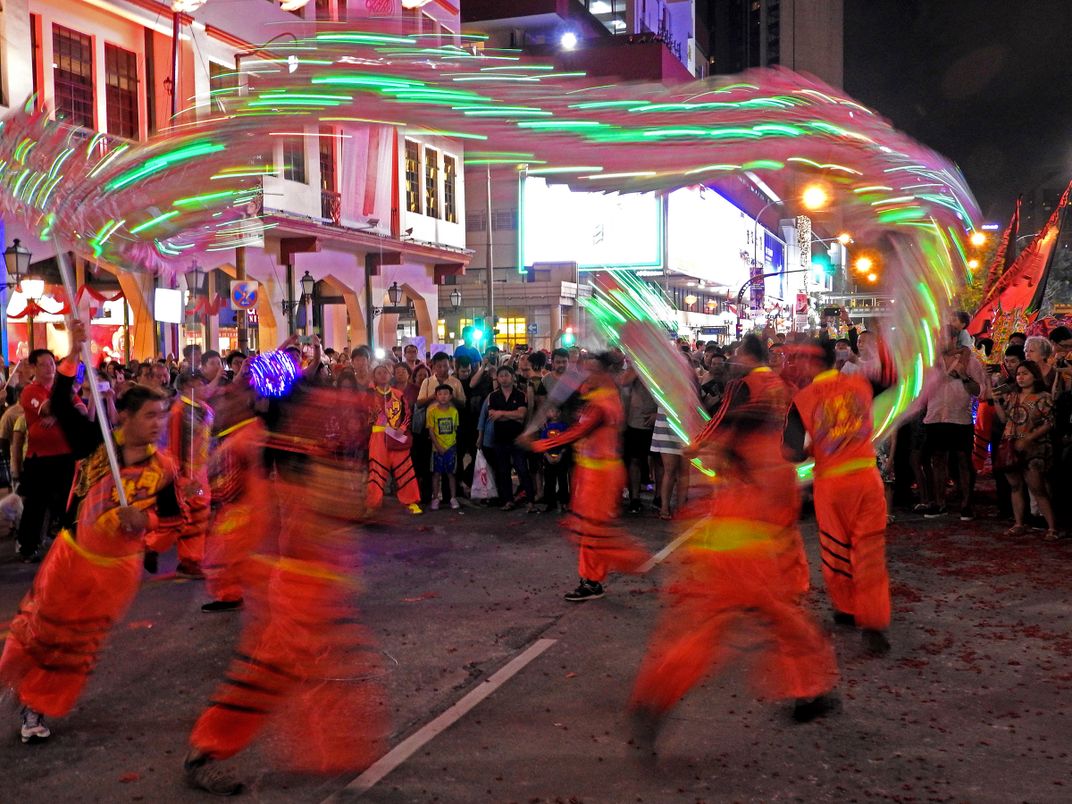 DRAGON DANCE_SINGAPORE - The dragon dance is often performed during Chinese New Year. Chinese Dragons are a symbol of China's culture, and they are believed to bring good luck to people, therefore the longer the dragon is in the dance, the more luck it will bring to the community. The dragons are believed to possess qualities that include great power, dignity, fertility, wisdom and auspiciousness. The appearance of a dragon is both fearsome and bold but it has a benevolent disposition, and it was an emblem to represent imperial authority. The movements in a performance traditionally symbolize historical roles of dragons demonstrating power and dignity.