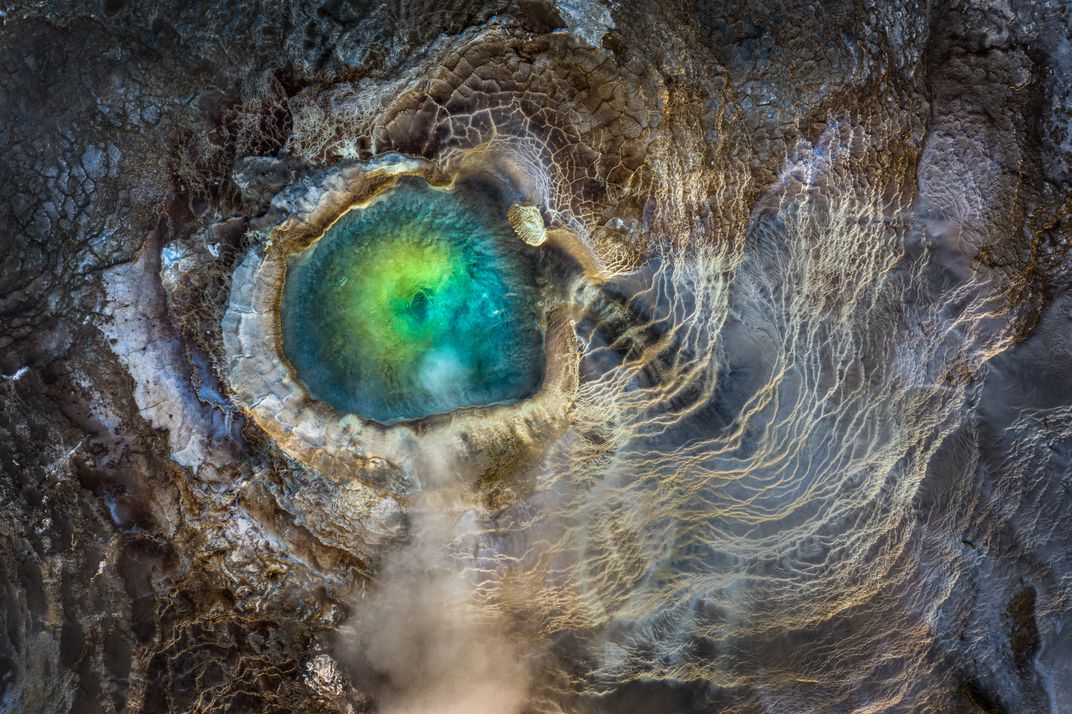 This image was taken during one of my recent trips to Iceland and it shows the top-down view of an emerald geothermal pool in the Highlands. After enjoying a beautiful sunset on one of these days, I decided to continue driving to this geothermal area which was a couple of hours away. In July, the sun goes below the horizon only for a couple of hours- so the golden hour is usually much longer followed by the blue hour/twilight. The drive was beautiful with no one around but the vast and rugged landscape of the Icelandic highlands. I reached this geothermal area sometime before sunrise. While my initial plan was to get there and rest for some time, the early morning golden light tempted me to fly my drone and explore the area first. I am so glad I decided to do that because the steam from the geysers, combined with the beautiful morning light, was creating a perfect canvas for amazing drone shots. I stumbled across this pool while exploring the area and the morning light was hitting it at all the right places and highlighting not just the emerald color of the pool, but also the gazillion little streams that were coming out of it. To me, it appeared as though I was looking at the eye of a dragon - It was breathtaking!! I tried a couple of shots and finally settled on this one - which shows the true splendor of this place.