Home People Drinking Himself to Death 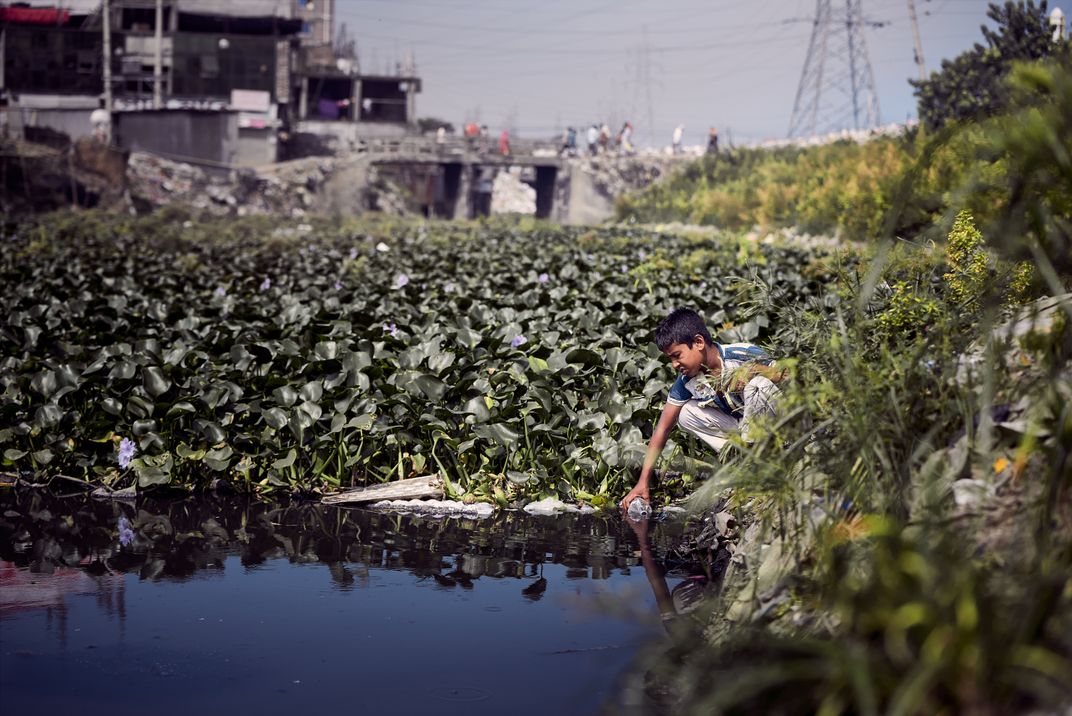 The WHO estimates a staggering 60% of the population of Bangladesh that has to endure unsafe drinking water. The tanneries of Savar near the capital city of Dhaka, released their noxious dyes into rivers and ponds on a daily basis. These untreated industrial effluents, improper disposal of domestic waste and agricultural runoffs are the main contributors regarding water pollution in the country. Death due to water-borne diseases is widespread in Bangladesh, particularly among children. Asif Anwar aged 9, collects water in a plastic bottle from a pond in one of the slums in Dhaka, not realizing the potential danger that lies ahead.