Home People Due to peat fires 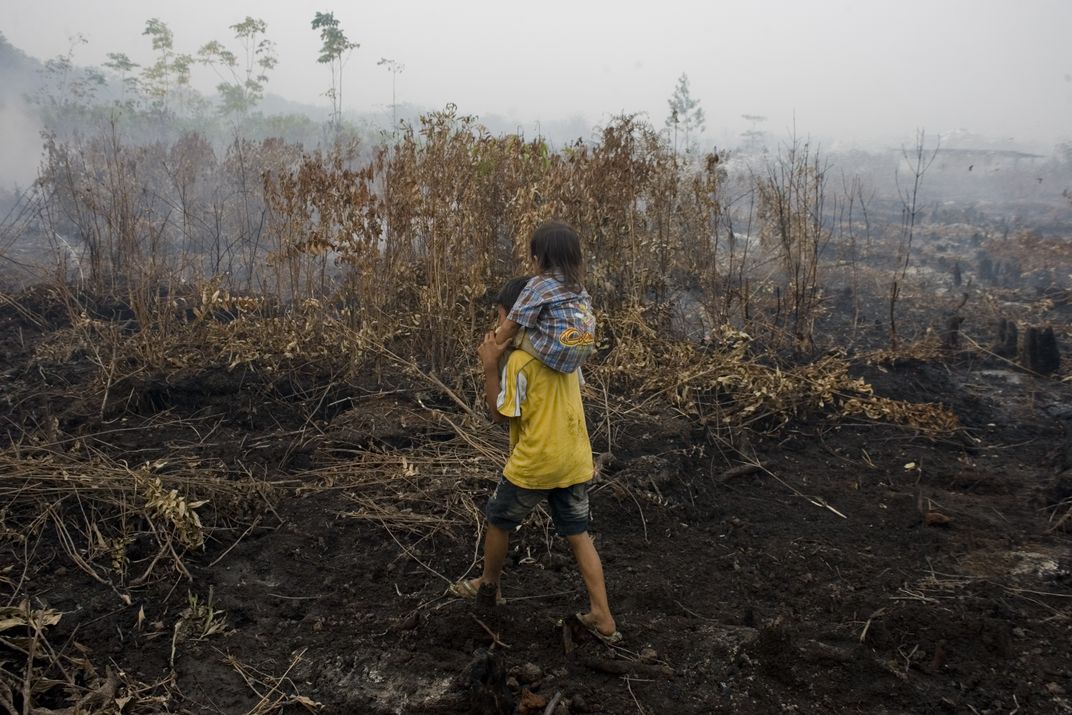 A man and his brother standing looking for extinguishing fires in peatland burning and fields near his home in Singapore on 16 September 2015 in Riau Province, Indonesia. This is caused by the illegal burning of forest and peat fires in Sumatra and Kalimantan to clear new land for the production of pulp, paper and palm oil. Singapore and Malaysia have offered to help the Indonesian government to fight the fire, such as babies and their mothers were evacuated to avoid pollution record.