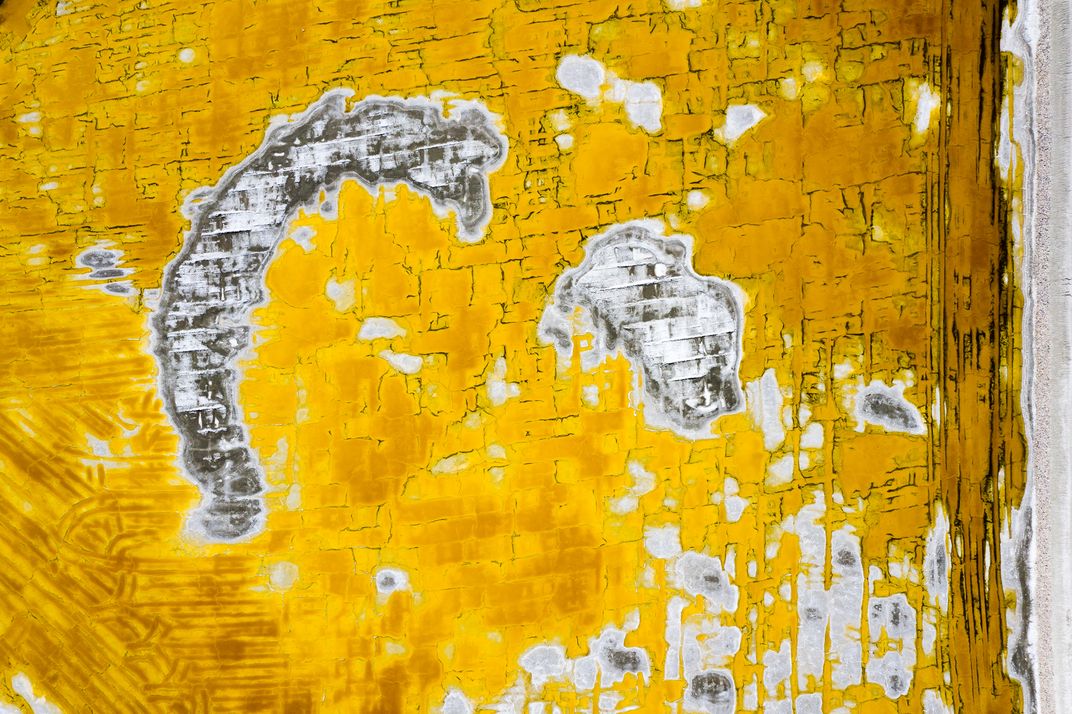 Owens Lake, a dry lake in the Owens Valley on the eastern side of the Sierra Nevada, California, held significant water until 1913, when much of the Owens River was diverted into the Los Angeles Aqueduct, causing Owens Lake to desiccate by 1926. A once-vibrant ecosystem that supported expansive bird and plant habitats began disappearing, replaced by a dry lakebed plagued by noxious and almost constant dust storms and turning communities around the lake into ghost towns. The lake, that is currently a large salt flat whose surface is made of a mixture of clay, sand, and a variety of minerals, became the largest single source of dust pollution in the United States, as dust blown from the exposed lakebed into the atmosphere causing respiratory problems in nearby residents. The dust includes carcinogens, such as cadmium, nickel and arsenic. In 1998, after years of conflict, under order from the U.S. Environmental Protection Agency to address this air pollution, Los Angeles and the Great Basin Unified Air Pollution Control District signed a Memorandum of Understanding whereby the City of Los Angeles accepted responsibility for the creation of the largest single-source dust hazard in the country. They committed to remediating the dust emissions as per the California Clean Air Act. After research studies were completed, the LADWP came up with a master project plan: enhancing the design and effectiveness of Owens Lake dust control, through a combination of water conservation, dust control and habitat management. This new design will utilize a mix of tillage, vegetation, water, gravel, roads, and brine to control dust, while preserving and creating habitat for diving waterbirds, shorebirds, waterfowl and the public. Today, some of the flow of the river has been restored, and the lake now contains some water- LADWP is currently shallow flooding 27 square miles of the salt pan to try to help minimize alkali dust storms and further adverse health effects. There is also about 3.5 square miles of managed vegetation being used as a dust control measure. Gravel covers are also used. In what is now hailed as an astonishing environmental success-90 percent attainment of the dust control compliance, nature quickly responded. First to appear on the thin sheen of water tinged bright green, red and orange by algae and bacteria were brine flies. Then came masses of waterfowl and shorebirds that feed on the insects. The initial goal of the restoration was to mitigate the blowing dust and institute effective dust control programs, but has had the added benefit of reviving in small part the ecosystem that once flourished as a breeding ground for millions of birds, and supported vast and beautiful alkali meadows around the lake.