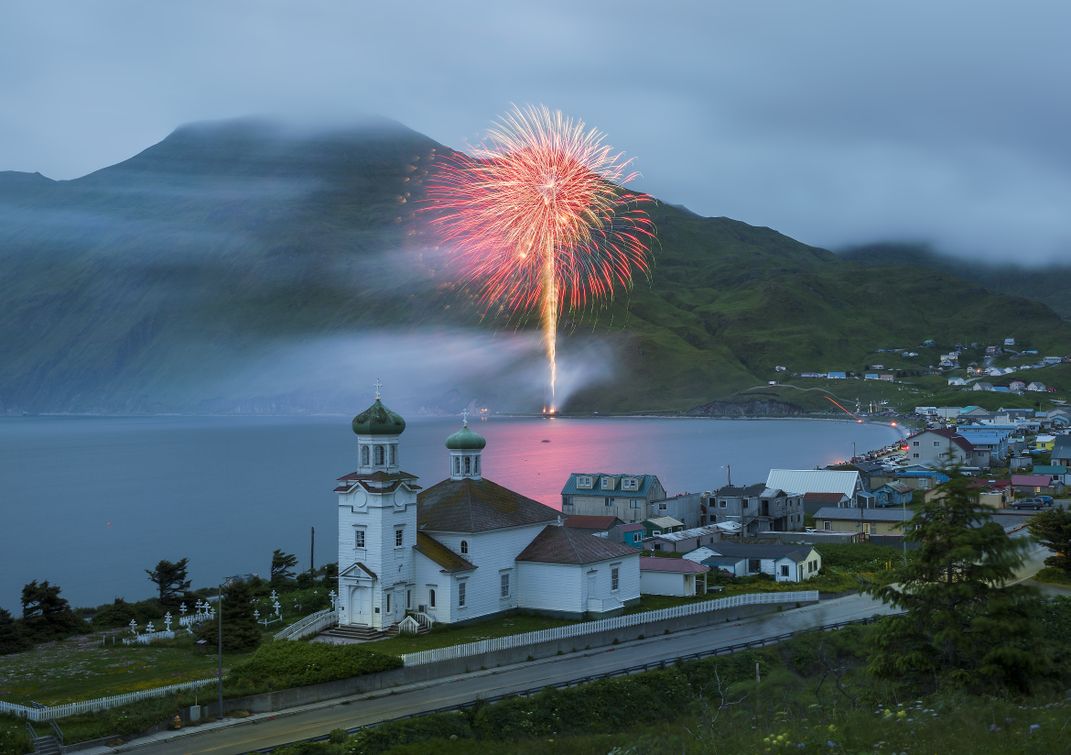 Dutch Harbor, Unalaska, Alaska I had the opportunity to visit Dutch Harbor over the 4th of July holiday. The fireworks do not start until 11:45 p.m. since it is partially light past midnight and technically the fireworks need to coordinate with the 4th date. The fireworks are a big celebration for the town of Unalaska and do not disappoint. Dutch Harbor is proud of its heritage and has important ties with WWII since it was attacked by Japanese forces in June of 1942. It was an important naval site for the Aleutian campaign in WWII. There are abundant remains of bunkers, tunnels, gun batteries, and war relics found throughout the island. Additionally, the historic Russian Orthodox Church is an important landmark on the island marking the influence of the earlier Russian fur trade and has the distinction as being the oldest cruciform-style Russian church in the country. It is a National Historic Landmark and houses a large collection of Russian artifacts and art pieces that were donated to the church by Catherine the Great. The island of Unalaska was originally inhabited by the Unangan people who adapted well to sea mammal hunting and fishing in one of the world’s richest waters. Dutch Harbor is also the largest fishing port in the United States hauling in more than 500 million pounds of fish per year. Dutch Harbor is located 800 miles from Anchorage and thus does not attract that many tourists which has preserved its character.