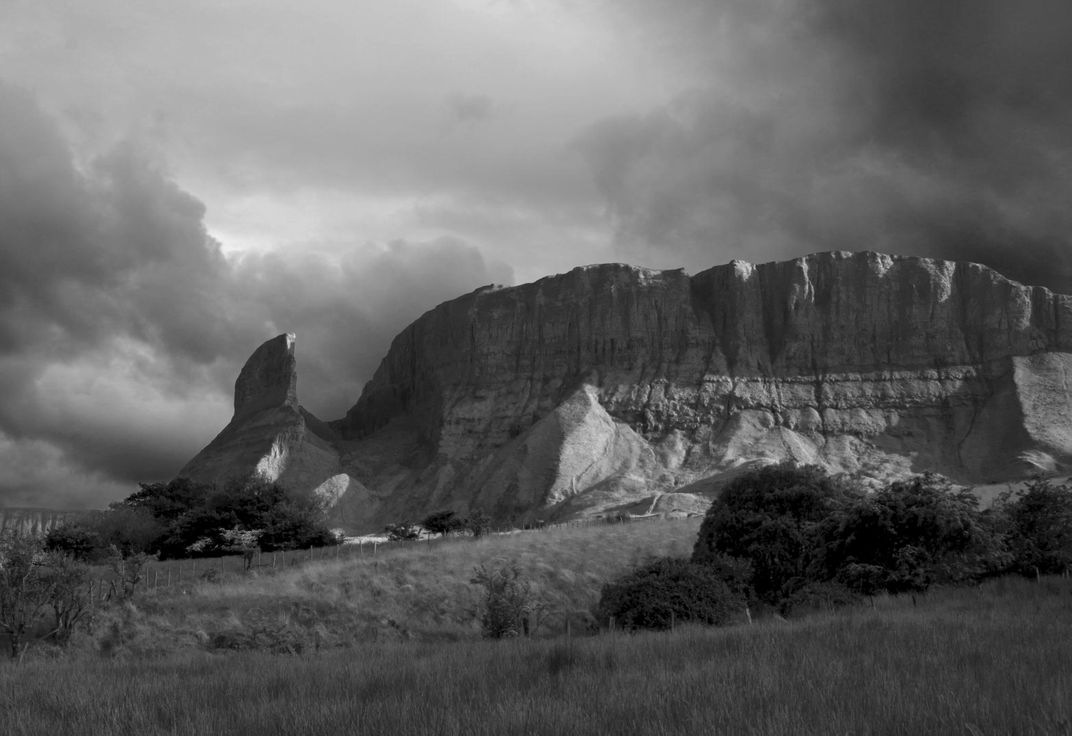 The Hags Leap, County Leitrim, Ireland. A short drive over the road from where we lived is this wonderful natural mountain formation known as Eagle Rock or The Hags Leap. My grandparents and relatives would tell stories of a powerful deity, the ancient crone of wisdom who came in the early days of mans settlement on this island and is said to have let loose the rivers and shaped the mountains with her great hammer. As a child living with my grandparents I was immersed with these beliefs. Sometimes laying beneath warming layers in the stillness of a frosty clear night as my breath rose like an apparition up into the frigid darkness, I could imagine the hags fearsome form ravaging all of natures finery. This place still echoes of her memory. She was said to despise the Summer months. She was the goddess of winter storms and loved wild weather, and had a fearsome appearance with one eye, an eye of perpetual keenness in the middle of a blue black face, and the teeth of a wild boar. Wielding a magical white rod made from either Birch or Bramble, she is sometimes seen leaping from mountain peak to peak blasting vegetation with frost. Her Druidic rod gives her power over weather and the elements. Every Summer as she gives way to her sister Bride, then turns to stone only to be reborn again every October 31st. She is otherwise known as An Cailleach Beara, meaning old wife, however she also had the ability to shape shift into a beautiful maiden. Ancient tales tell of her appearing to a heroic figure appealing for help. When the hero is able to see beyond the ugliness of her form, agrees and fulfills her wish she would then transform herself into a beautiful woman and offer herself as a reward. An Cailleach Beara is the hag aspect of the goddess and is known by many names throughout the Celtic world. She is the Neolithic goddess of Winter and one of the oldest goddess known to Ireland. She has long survived the passages of time and is believed to have travelled across Europe to these shores with the receding ice age. November 1 St, a festival known as the reign of old women is celebrated each year and is known as the day of the Banshee. On the eve of Imbolc (Jan 31st- Feb 1st) also celebrated is the feast called end of Cailleach. The death of Winter and the coming of Spring. Her face was black, of the luster of coal and her bone tufted tooth was like rusted bone In her head was one deep pool-like eye swifter than a star in the winter sky. Upon her head gnarled brushwood like the clawed old wood of the Aspen root.