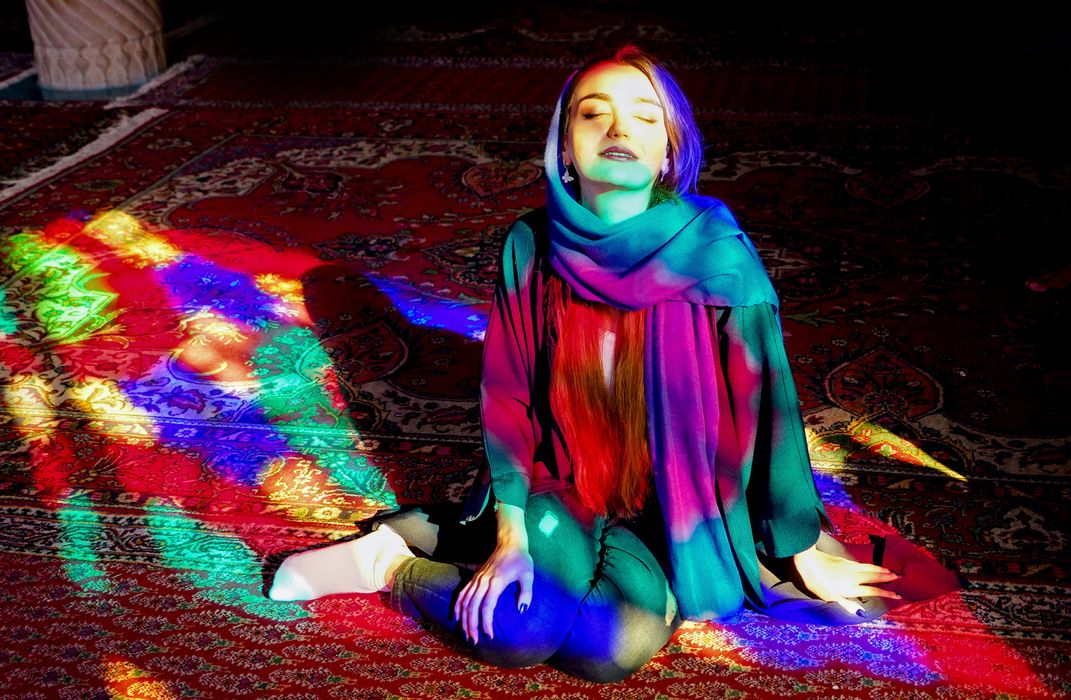 Naisr al Mulk mosque in the city of Shiraz also called the Pink Mosque is a traditional mosque with one of the most beautiful tile works and architecture typical from the Ghajar era with extensive colored glass work in its decoration - the stained-glass windows, intricately painted tiles and arches and innumerable Persian carpets create a mesmerizing, kaleidoscopic aesthetic. The mosque was built 1888. From dawn, the mosque is filled with color and light, dappling the Persian rugs, the ceiling and wall tiles with patterns and colors.