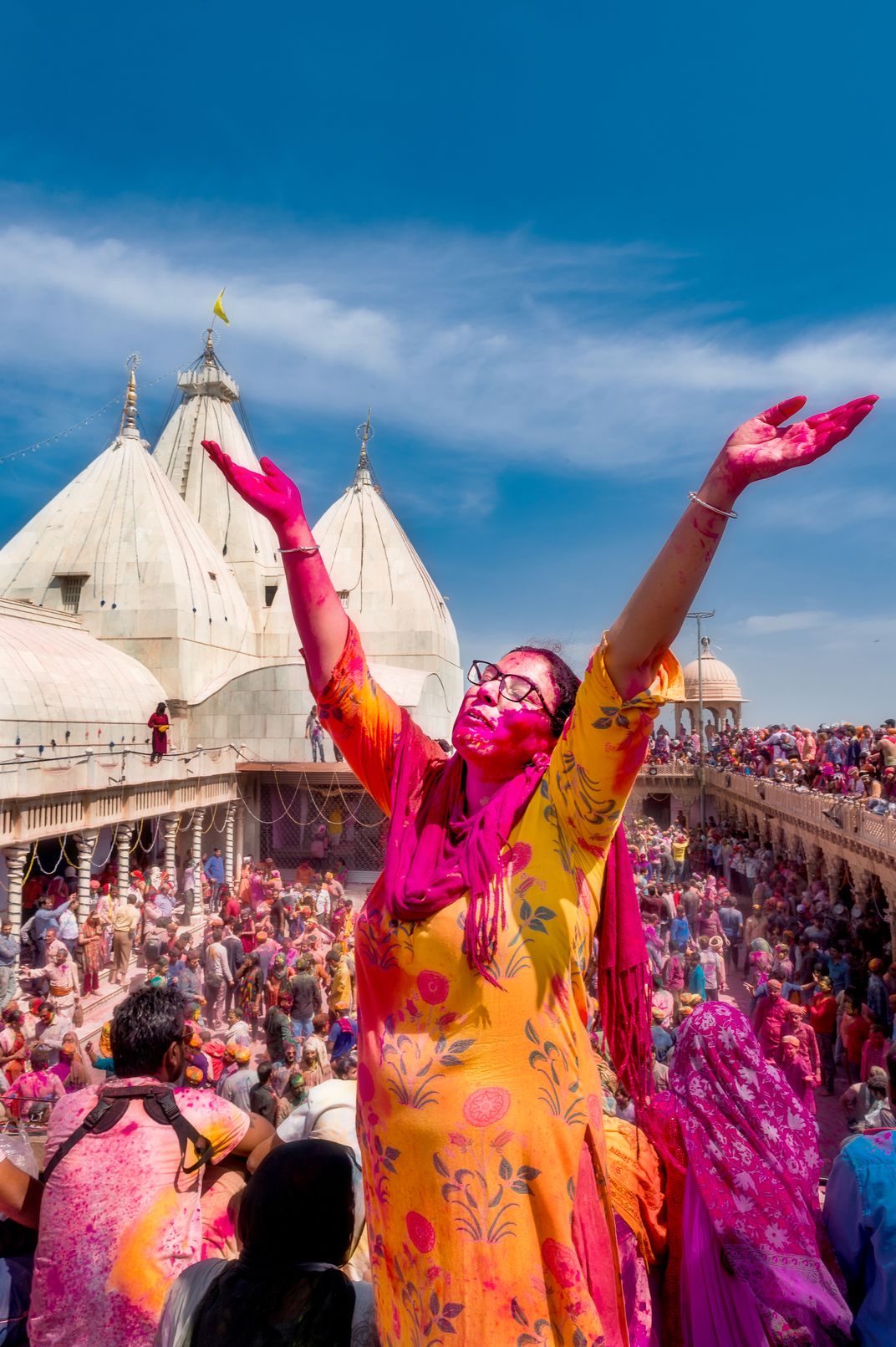 During Holi Festival I visited a Famous temple Barsana of Goddess Radha's Village at Nandao is called Radha Rani Temple. Radha Rani Temple is originally believed to be established by King Vajranabh great-grandson of Krishna around 5000 years ago.Approximately 225 steep steps up, its is a delightful temple.Nanda chose Nandishvar Hill as his permanent abode, whereas Vrishbhanu chose Bhanugarh Hill, which later became Radha's residence. There are mediaeval temples dedicated to Radha and Krishna on the peaks of Nandishvar and Bhanugarh hills in both the twin cities of Barsana and Nandgaon. In February/March, the well-known Lathmar Holi of Barsana acts as a fascinating representation of the unique tie of love and mischief between Sri Radha Rani and her friends with Sri Krishna. On this day, people sing Braj Holi songs, and women beat up men with sticks or lathis to celebrate the Holi Festival in an unusual yet flavorful fashion.