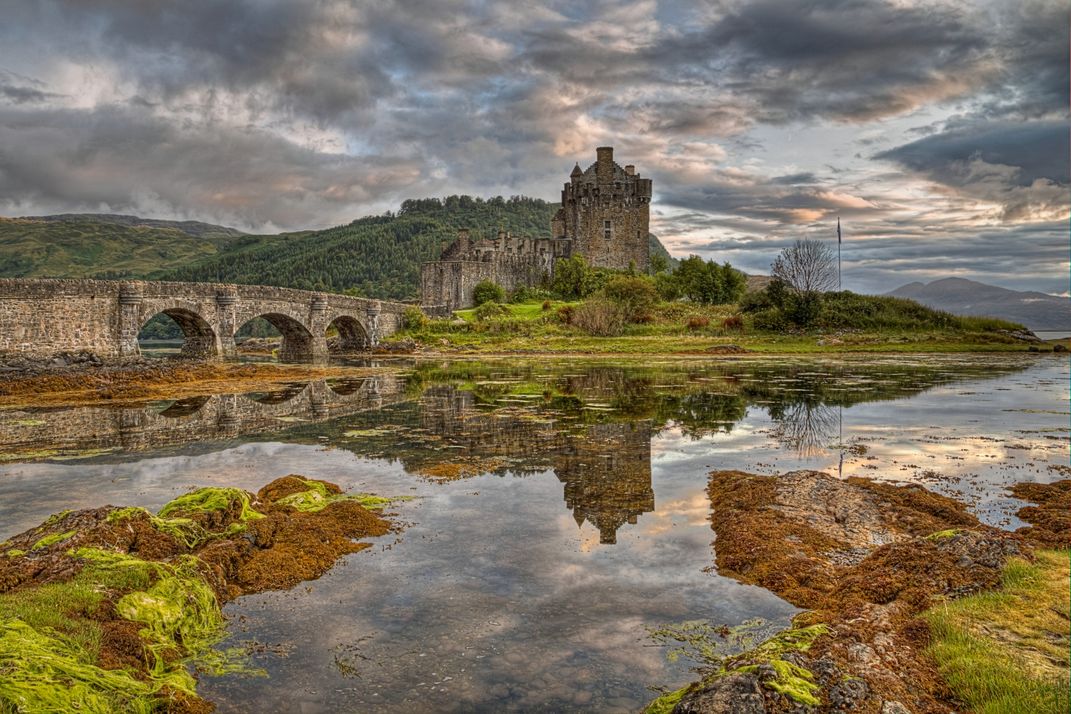 Eilean Donan Castle sits in the picturesque setting of the Highlands of Scotland on a small island where 3 lochs meet; Loch Duich, Loch Alsh and Loch Long. Originally built in 1220 by Alexander II as a defense against the Vikings, it subsequently became a stronghold of the Mackenzies of Kintail (later the Earls of Seaforth) who installed the MacRaes as hereditory keepers. Then in 1719, it was destroyed whilst acting as a garrison for Spanish troops fighting for the Jacobite cause on behalf of the 5th Earl of Seaforth. Eilean Donan was in ruins for the best part of 200 years until Lieutenant Colonel John MacRae-Gilstrap bought the island in 1911 and proceeded to restore the castle to its former glory. After 20 years of toil and labour the castle was re-opened in 1932. I took this image on a calm evening while the castle was illuminated in warm light and tide coming in created a nice refection of the castle. The castle has been used in many movies such as James Bond and Highlander. Eilean Donan Castle, Scotland HighLands