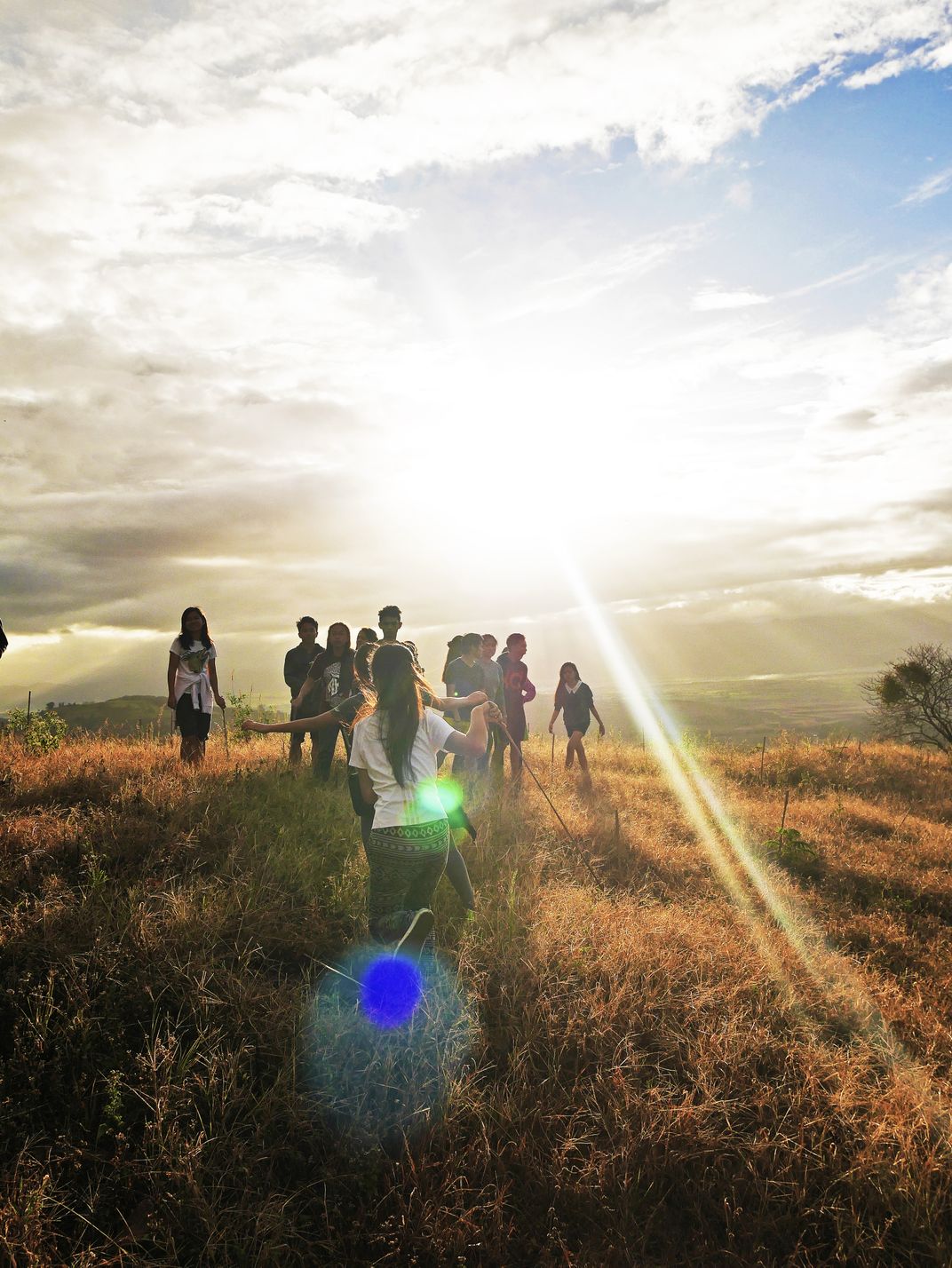 The photo may look sublime as I caught the wonderful golden glare of the morning sun against the shadows of the active students but the story is beyond that. The harsh El Nino in Mindanao severely affected agricultural production in 2016. The hills around Lake Apo are actually farm lands tended by local farmers but during our trek, we saw failed crops like dried up corn stalks. Although the paths were not muddy which lent ease during the trek, it was disconcerting how it extremely affected the area.