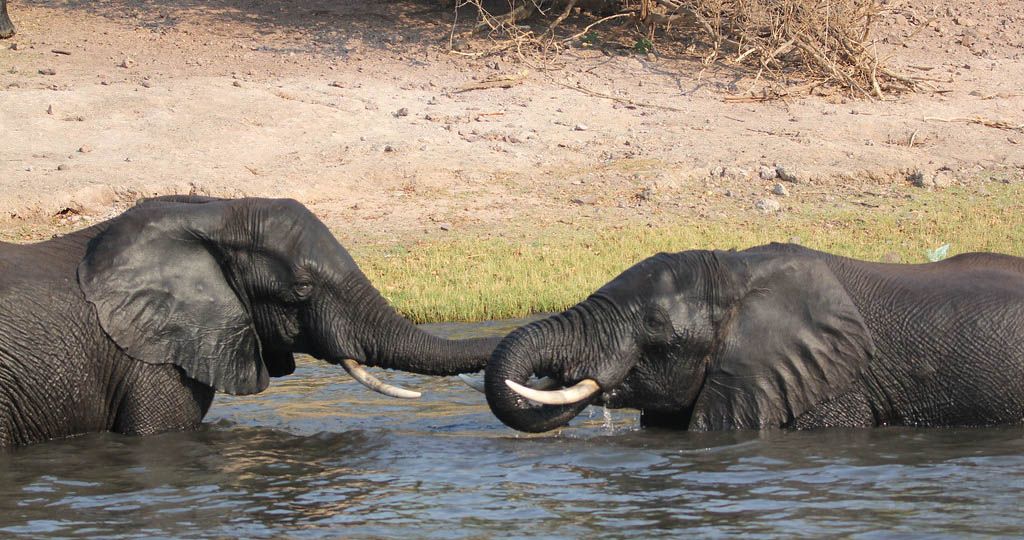 Elephant behavior actually observe A group of elephants had crossed the Chobe river, from the grazing island. They stopped briefly slightly downriver from our boat. Shortly, the large matriarch started upriver, in our direction. The rest of the small herd got in line and followed her, except for the two pictured here. They turned and went into the water appearing to be heading back to the island. A third elephant at the end of the line turned, moved slightly towards them and "appeared" to communicate that they were to follow. They appeared indecisive until the one on the right moved towards the island, the one on the left, as you can see, reached out and touched her, turning her back. they both then followed the rest of the herd. I thought it was an amazing event to see.