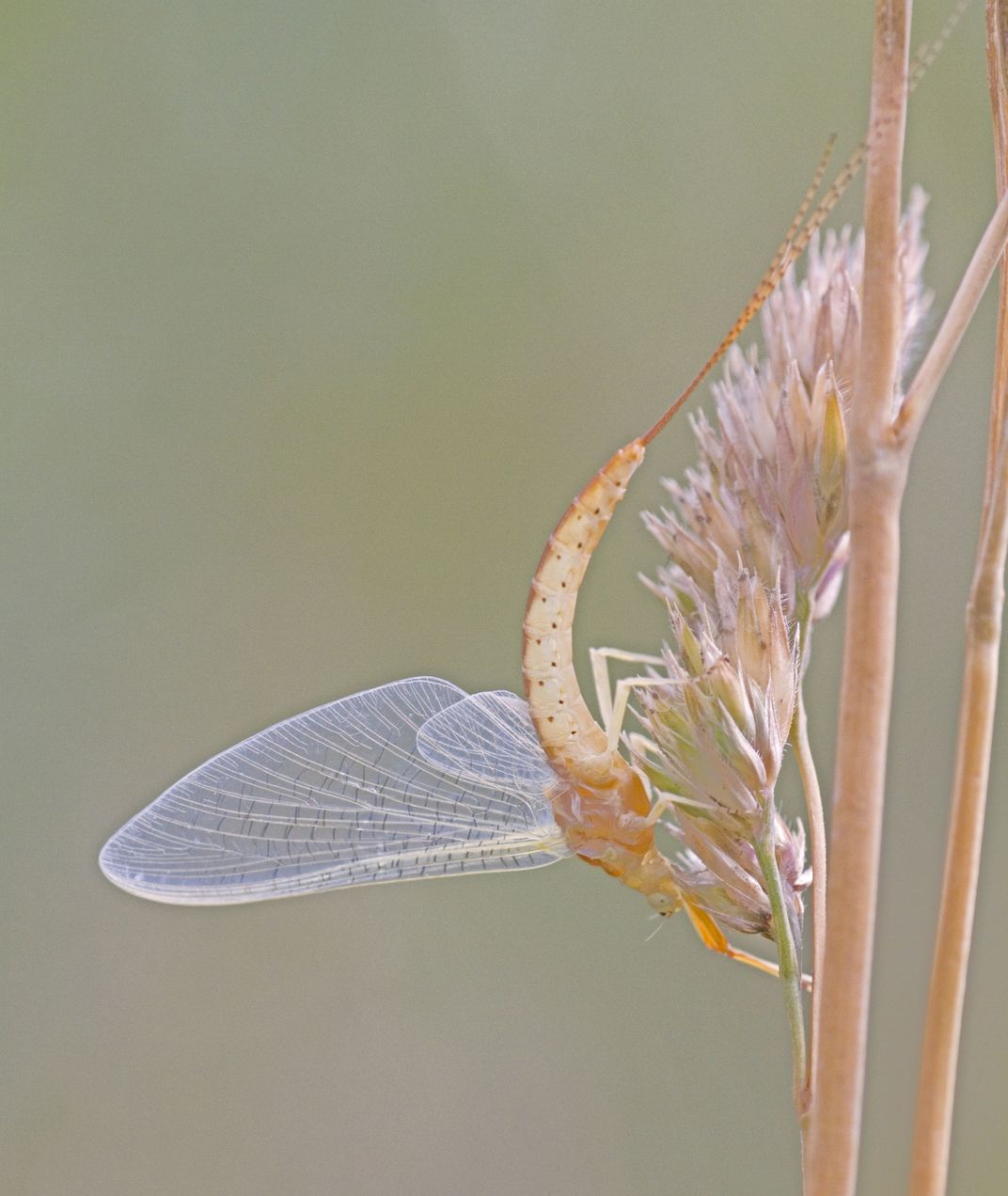 Danish Mayfly, Ephemera danica, emerging along the riverbank. Mayflies have existed for more than 255 million years. Entomologists from Germany, Austria and Switzerland named it as Insect of Year 2021.Mayflies mate over rivers and release eggs that are developed in riverbeds. It take between 1-3years to develop. As the egg develops into larvae a layer of air develops between old larval skin and new adult so it rises to water surface where it emerges on land. Mayflies have no functioning mouth parts or intestines so live only a few days to repeat mating cycle. Flight time:May-September. About 140 species live in Central Europe.