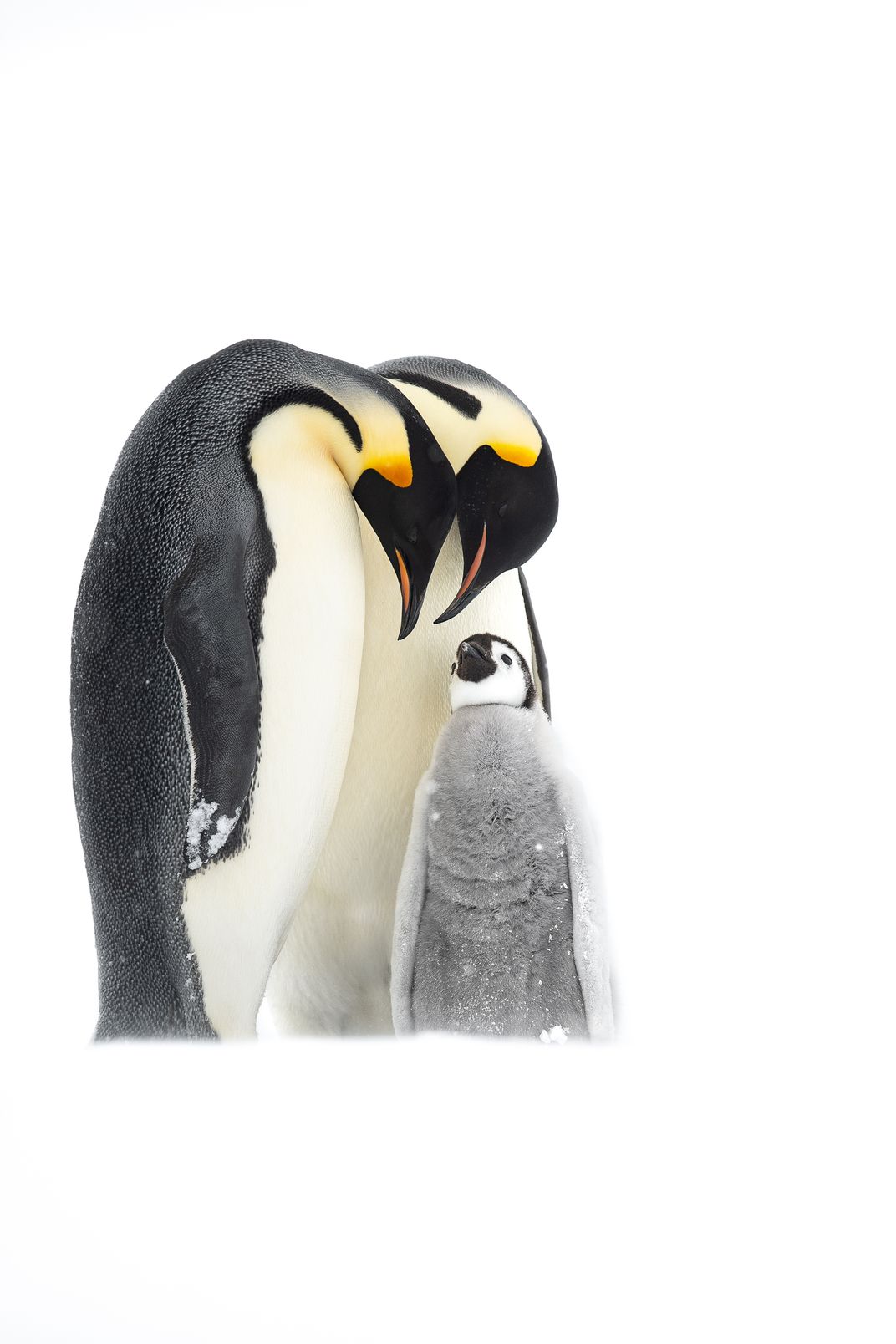 The emperor penguin is the tallest and heaviest of all living penguin species and is endemic to Antarctica. The male and female are similar in plumage and size. These flightless birds breed in the winter. After a courtship of several weeks, a female emperor penguin lays one single egg then leaves! Each penguin egg's father balances it on his feet and covers it with his brood pouch, a very warm layer of feathered skin designed to keep the egg cozy. There the males stand, for about 65 days, through icy temperatures, cruel winds, and blinding storms. Finally, after about two months, the females return from the sea, bringing food they regurgitate, or bring up, to feed the now hatched chicks. The males eagerly leave for their own fishing session at sea, and the mothers take over care of the chicks for a while. As the young penguins grow, adults leave them in groups of chicks called crèches while they leave to fish. Five years from now, if they survive in their ocean home, the young penguins will return to become parents themselves.