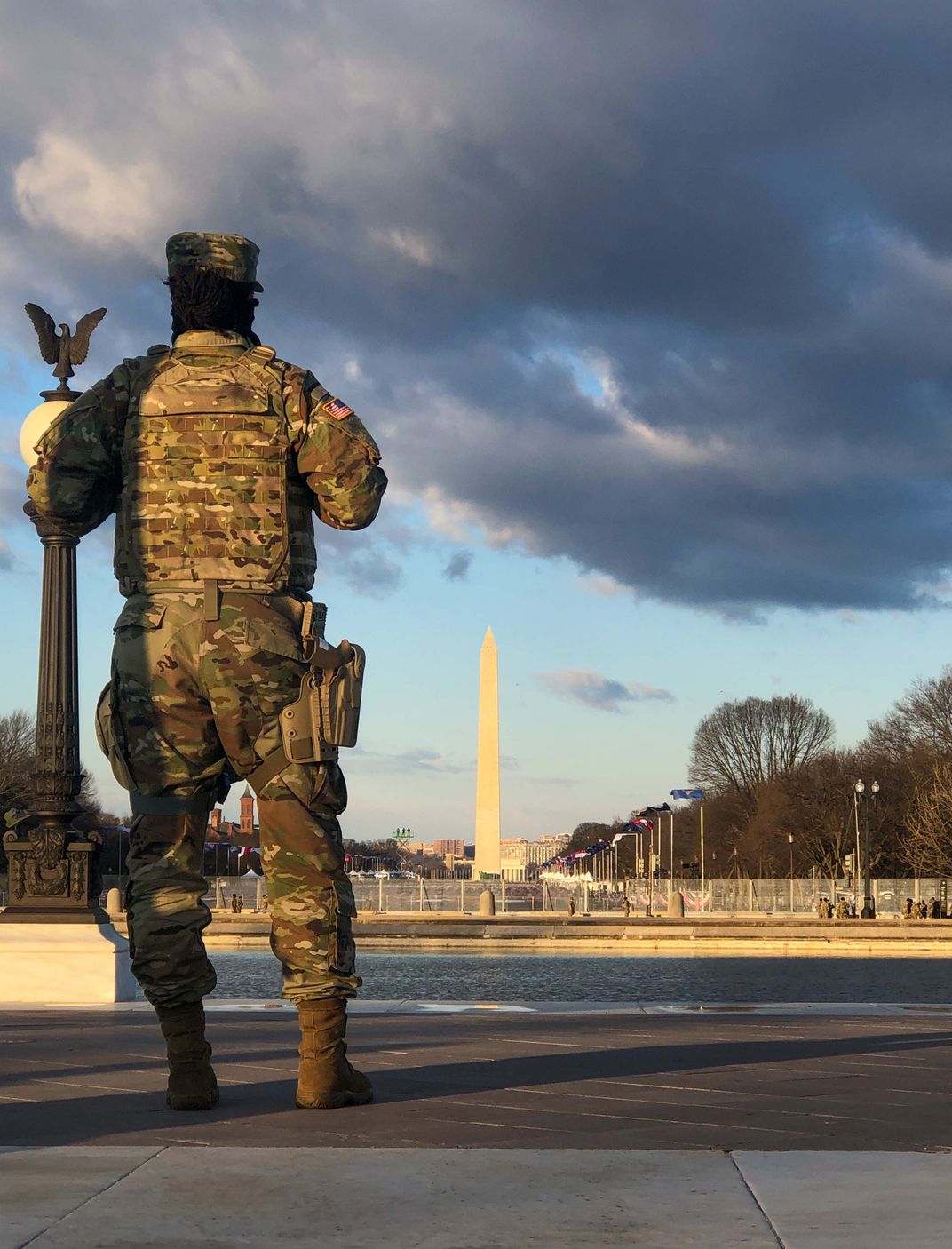 Blue skies and the sun cast through the snow flurries on Inauguration Day. It was a cold but bright morning. 26,000 soldiers from across the country were on duty to ensure a peaceful transition of power took place. As America watched from their homes, echoes from the band filled the cold January breeze as their sound cut through the hallowed air where crowds would typically roar. Soldiers lined the fence, daring to catch a glimpse of the single moment we had all been waiting for following January 6.