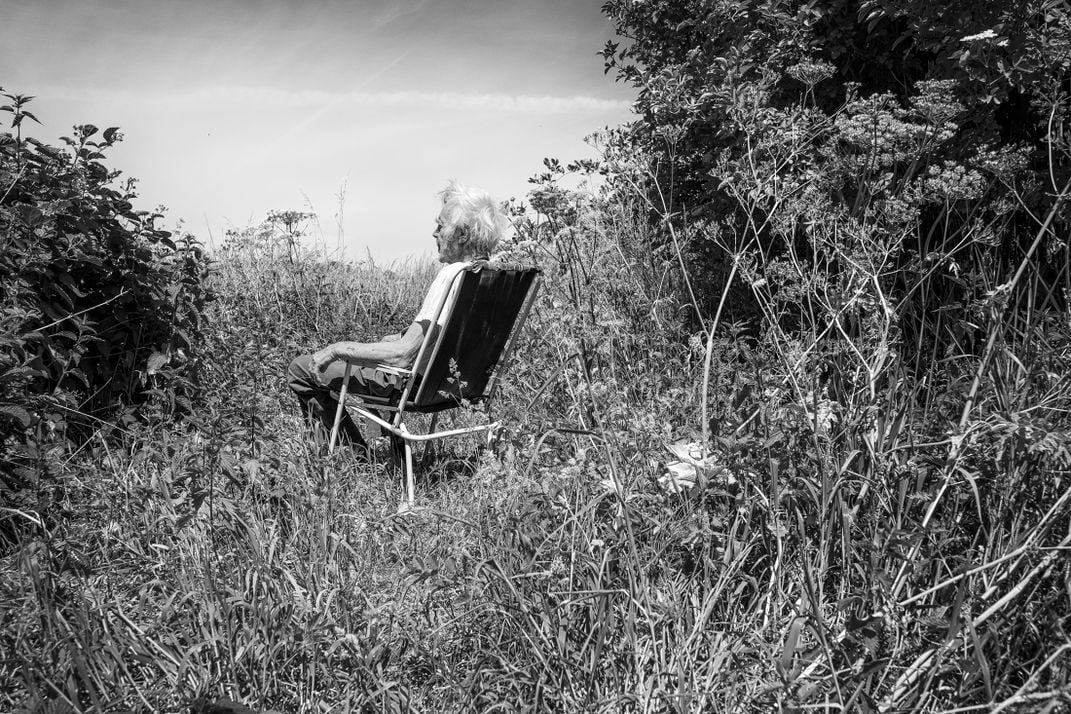 Life of Steen With this ongoing story I want to take you into the world of a remarkable, authentic man. Eccentric but self-taught, smart and inventive. Suffering from cancer but never giving up. When I met Steen two years ago, he was still living on his ship and moored for that weekend at a dock in Amsterdam where I live. I felt immediately intrigued by his characteristic appearance and the feeling of freedom that showed in his eyes. Steen started to tell me about his life full of adventure and freedom, mooring his ship wherever he felt at home. He told me that he has chosen to be a nomad for life, ever since he left his home at the age of 12, when he took off to hitchhike to Paris. Soon I started photographing him and we became friends. Last year he had to give up this lifestyle. Due to his poor health, old age and lack of money, he had to sell his ship. This was his home for 43 years. Always afraid of a life ashore, he now lives in his old van on a paradise piece of land, owned by his ex wife, but without running water and electricity. Here he tries to build a new life and feel at home. But there isn’t a day that goes by that he doesn’t long for his old life….