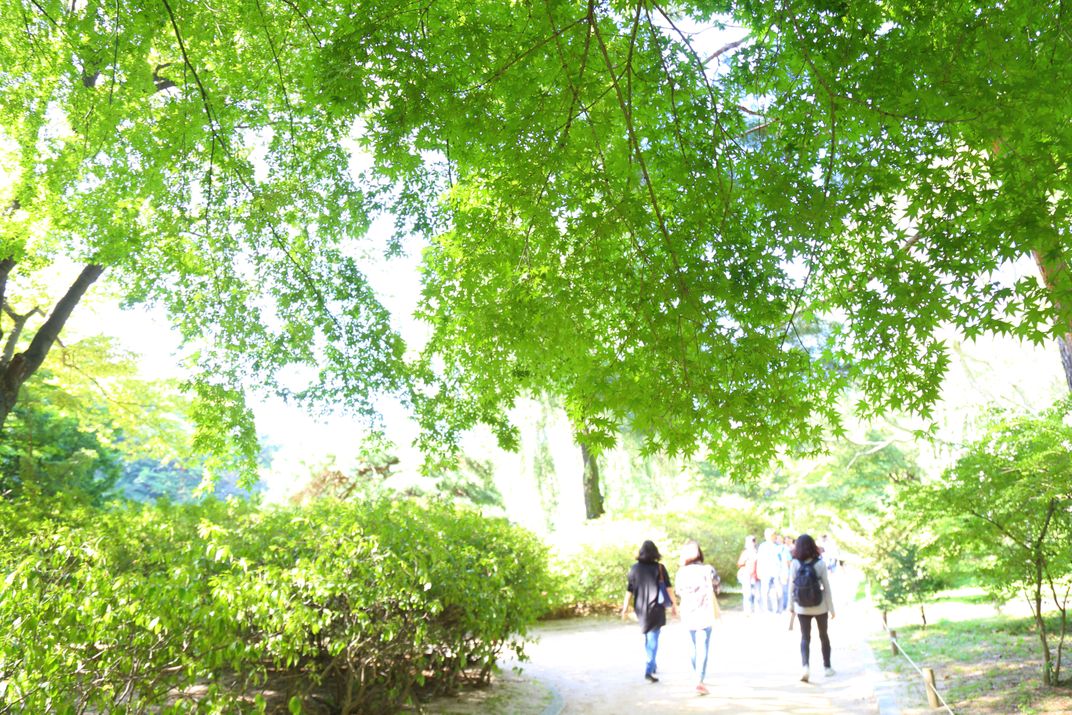 Chuseok in Korea has a similar meaning to the American Thanksgiving Day. Thank you for the harvest of the year and spend a good time sharing it with my neighbors and my family. I had come up from Seoul to have a good time with my family and wanted to go to the palace as much as the traditional Korean day. Changgyeonggung has suffered a great deal of damage by the Japanese empire. It broke the palace without permission and made it a zoo. But now Changgyeonggung is back to its former appearance and boasts of its relaxed appearance. When I visited Changgyeonggung, I still had freshness of summer. Looking at these trees, I felt the vitality of Korea.