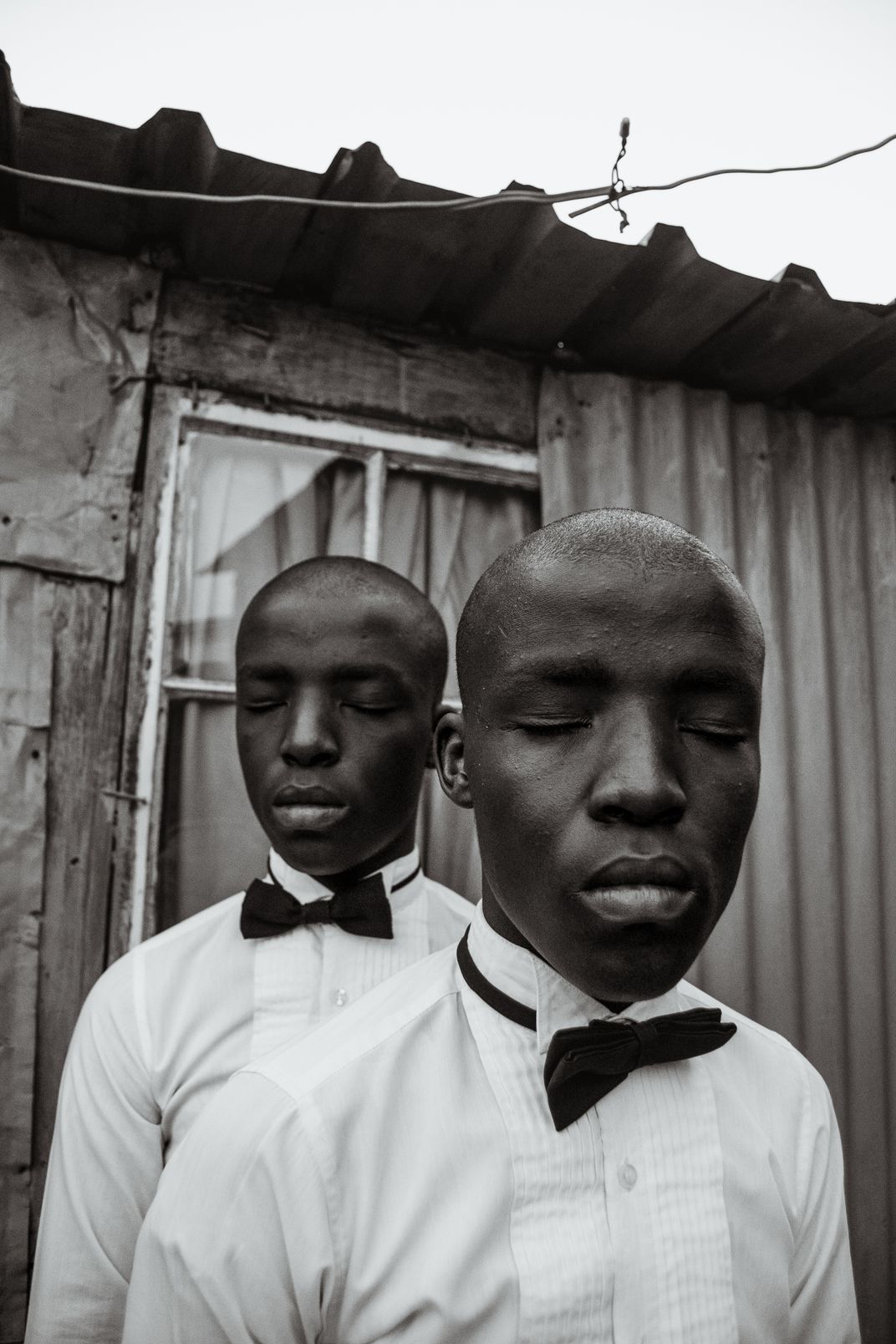 This image also forms a part of my series "The Envisioned Self'' where I attempt to depict "The Envisioned Self ". The series is inspired by a book I read "I Write What I Like" which is a collection of writings by late anti-apartheid activist Steve Biko. "The Envisioned Self" is defined by Biko as "a free self, a living reality achieved in the social sphere out of the agency of free people.’’ Besides imaging/depicting "The Envisioned Self'', with this image I am also attempting to aestheticize stereotypical black features (dark skin, wide nose, full lips and coarse hair) by constructing/composing the image and my subjects in such an aesthetically pleasing manner with hopes to rid the negativity and stigmas attached to these features. My subjects being self-satisfied in the image suggests that they have attained their "Envisioned Self'' and they are proud of who they are. And them wearing the same clothes conjures up the unity and oneness between the twin brothers.