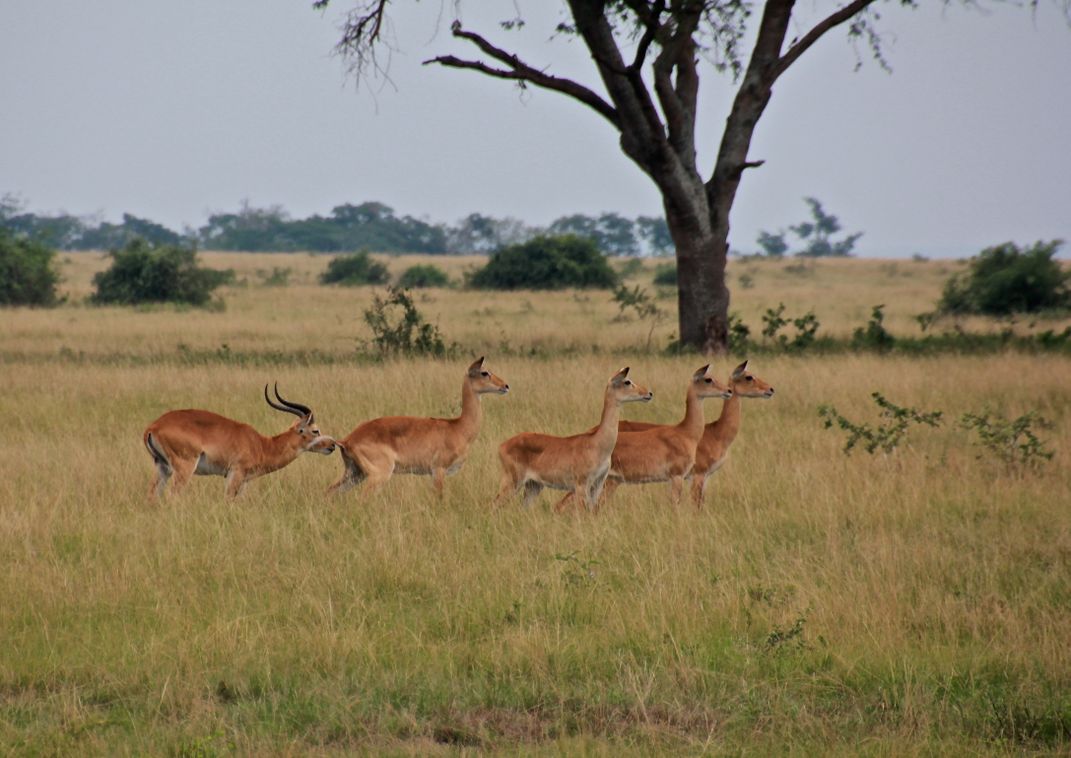 Queen Elizabeth Park in Uganda is home to thousands of Ugandan Kob. The Kob, an antelope, undergoes a ritual display to capture a mate. First, the male Kob must spar with other interested suitors to demonstrate its dominance. They tangle their horns, jump at each other and finally one gives in by laying his head to the ground. The, winner, the dominant male, then moves into a territory called a Lek. The Lek becomes his territorial space where he stands erect in a strutting position to attract estrous females. Estrous females join him in the Lek each one trying to seduce the rutting dominant male. The females line up before him. He then sniffs the vulva of the first young female in line. She responds by urinating. The male determines if this particular female is at the proper time in her reproductive cycle to breed. This photo captures the estrous females lined up ready to be tested by the male. The male is sniffing the vulva of the first female in line. As the story unfolds, he rejects this first female, but finally completes copulation with the second female. This type of ceremony while mating ensures the best possible timing to reproduce successfully during each copulation.