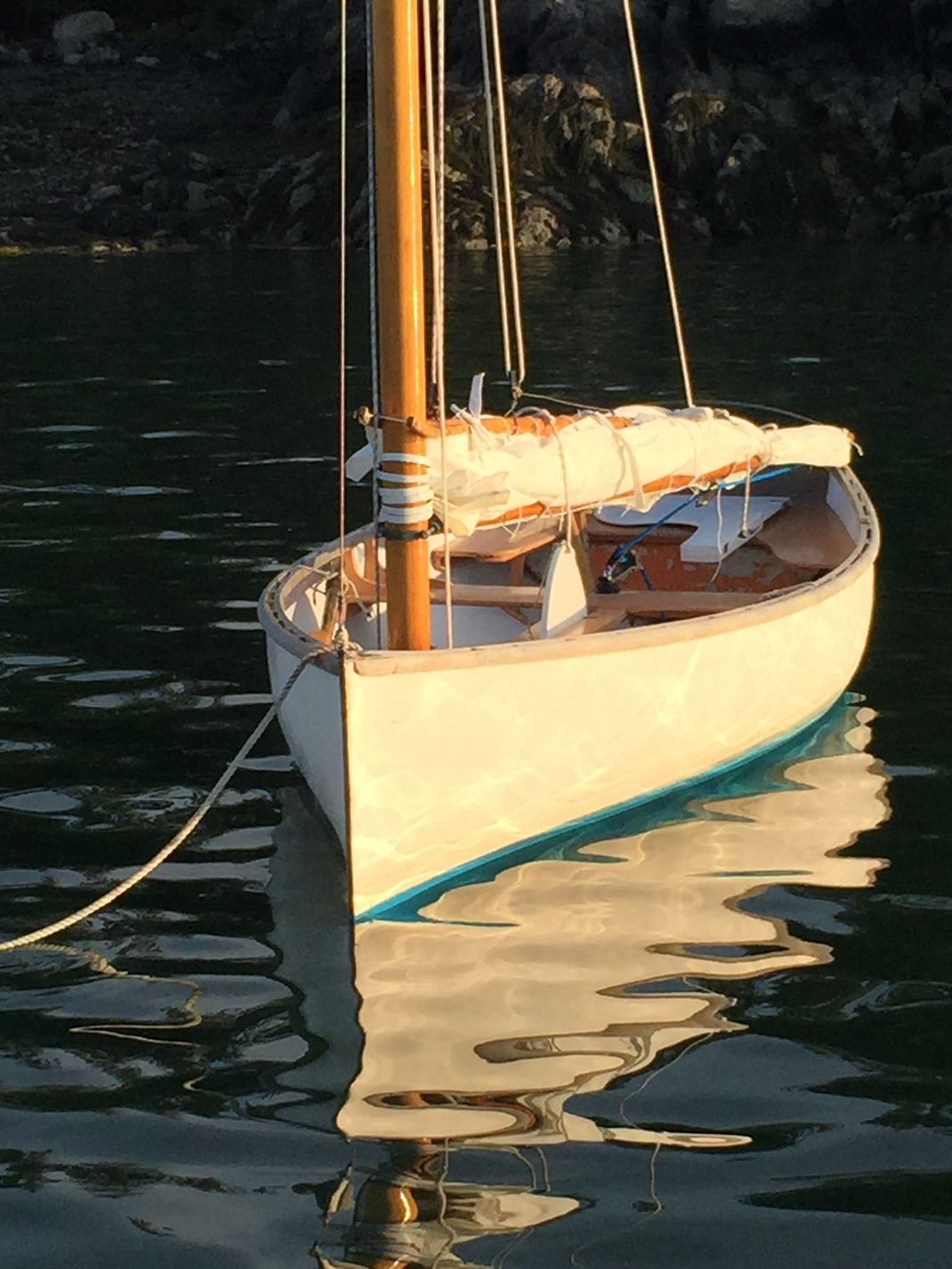 In 1885, William Weld challenged the yachtsmen of North Haven to a race. He used the tender from his yacht Gitana and unsuccessfully raced against a variety of sprit-sailed boats. That winter he went home and had a better dinghy designed and built in Salem, Massachusetts. The next year he beat all contenders. The boat was hauled out at North Haven, and two copies were made by Henry Calderwood. The subsequent race was between Mrs. Cobb, Miss Spencer and Miss Hayward. The first boats had sprit rigs, but this soon gave way to gaff rigs. In 1888, James Osman Brown built four more dinghies. This was at the beginning of J. O. Brown & Sons boatyard. The racing fleet grew over the years. They are still raced out of North Haven, making them the oldest continuously raced class in the United States.