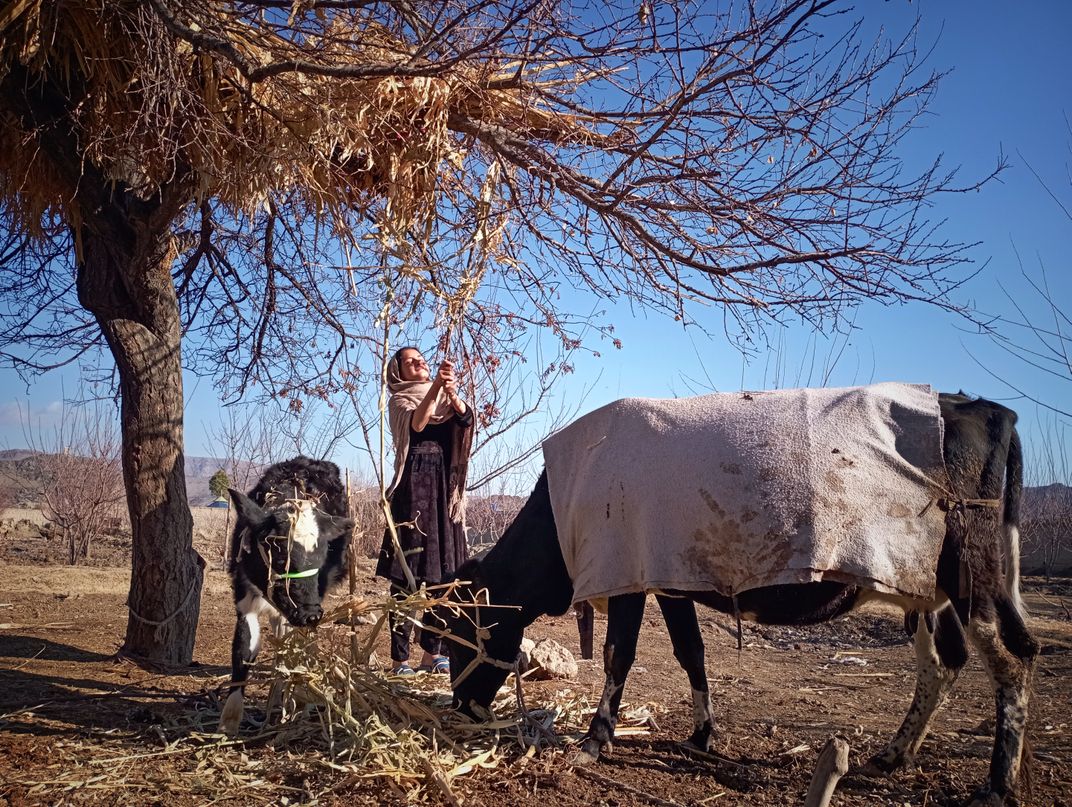 'Waziristan is home to thousands of Afghan refugee families over the past two decades. I took these photographs in my tribal village of Doag, Wana South Waziristan, near the Afghan border. Waziristan is known for its history of war, tribal conflicts, barren mountains, and as a place of refuge for Al-Qaeda militants. In the aftermath of 9/11, Taliban took its formal control for more than a decade, and during that time incessant killings, abductions and armed conflict were a usual occurrence. As recently the Taliban came into power in Afghanistan again, the chaos is underway and spreading like a poison in the form of fear and violence.' This photograph is part of a project named Eyes of Solitude about my tribal hometown Waziristan in which I try to cover a diverse range of aspects of a village with a long history of war and conflict, and also the beauty of a mundane country life.