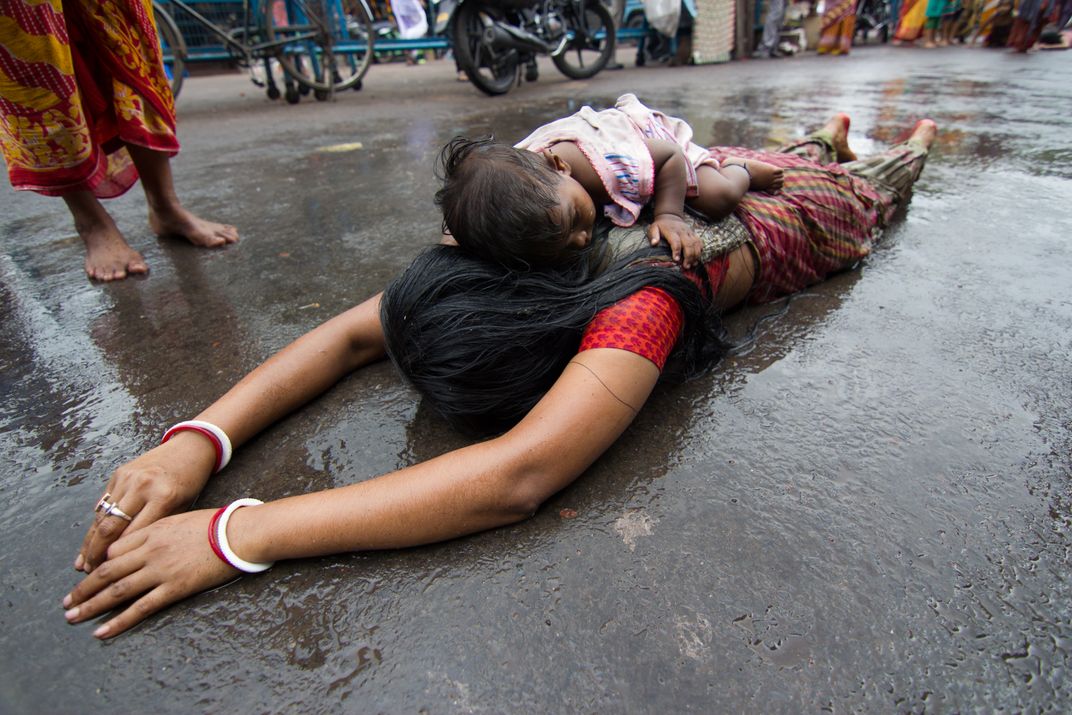 This photo was taken during a Hindu ritual of Dondi, when devotees seek blessings from Goddess Shitala. They lie on the street in front of the temple to pray. Even though I'm a Hindu, and its in my hometown, I'm still overwhelmed by the extremity of the ritual. The purpose of this ritual is to get one's prayers heard by the deity. Its mainly performed by mothers who are trying to conceive, but I've seen many mothers who come back and perform Dondi along with their newborn babies as a token of gratitude and thankfulness. Babies are made to lie on their mother's back or even on the street. The baby in this photograph was made to lie down on her mother's back. The municipality arranges for water tanks to water the streets in order to prevent the devotees from getting burned by the scorching asphalt.