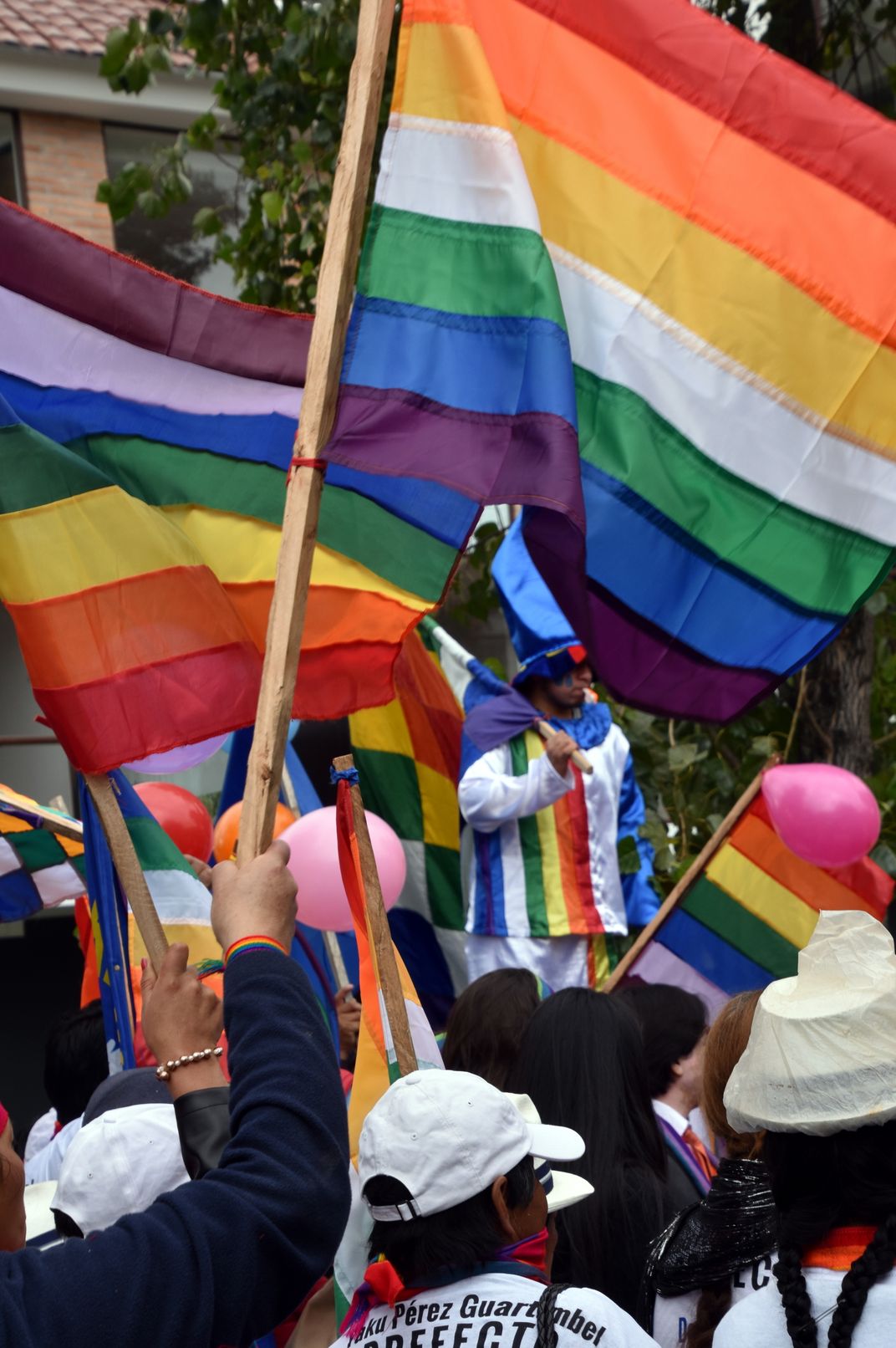 A political rally in Cuenca, Ecuador is dominated by the flag of Andean Indigenous Peoples (also known as the Inca Flag). Initially most North Americans will assume that it's the Gay Pride Flag, whose colors and design are quite similar, but the Andean banner reportedly predates the Pride flag by centuries. Its presence in a political rally was a refreshing novelty for me, since back in the 1970's when I lived in Ecuador, it would have been unheard of for an indigenous person to run for, much less hold, political office. But Ecuador has undergone an Indigenous Rights movement in recent decades; now scenes like this are much more common.