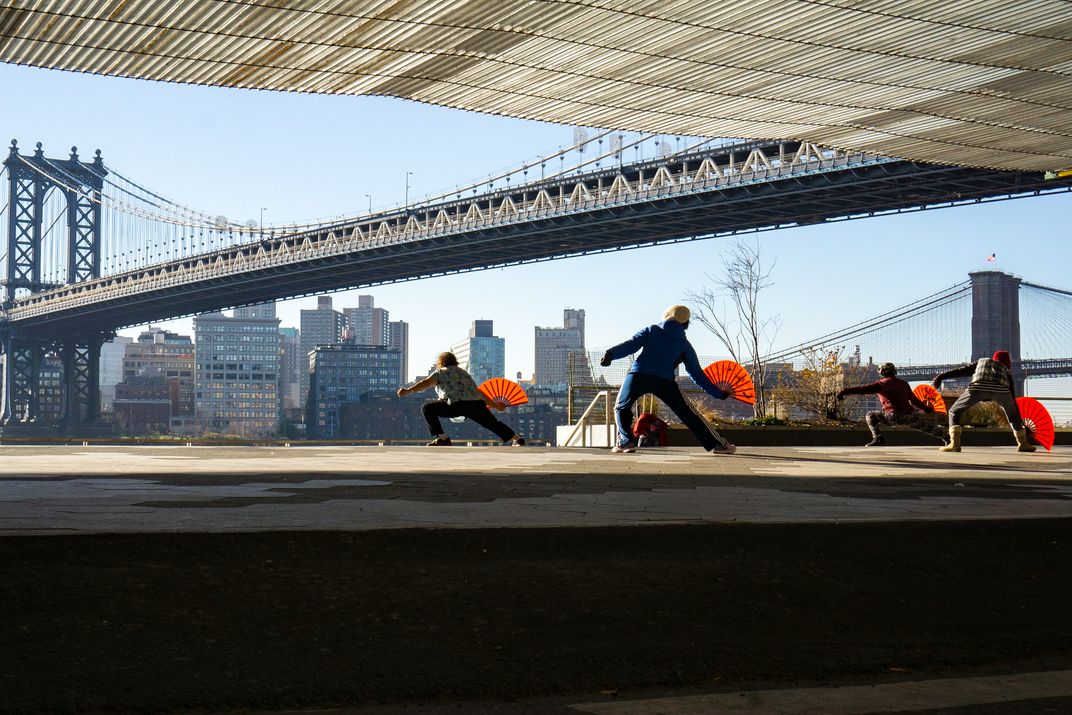 Despite the frigid winter temperatures, elderly women perform their daily morning exercises and traditional dances along the East River in the Two Bridges section of New York City. The neighborhood, made up largely of Hispanic and Chinese working-class families, has been able to fight off the forces of gentrification that have transformed the surrounding communities for years. But the recent completion of a 72-story luxury skyscraper, with several others in the works, is now threatening to push out the colorful cultures that have called Two Bridges home.