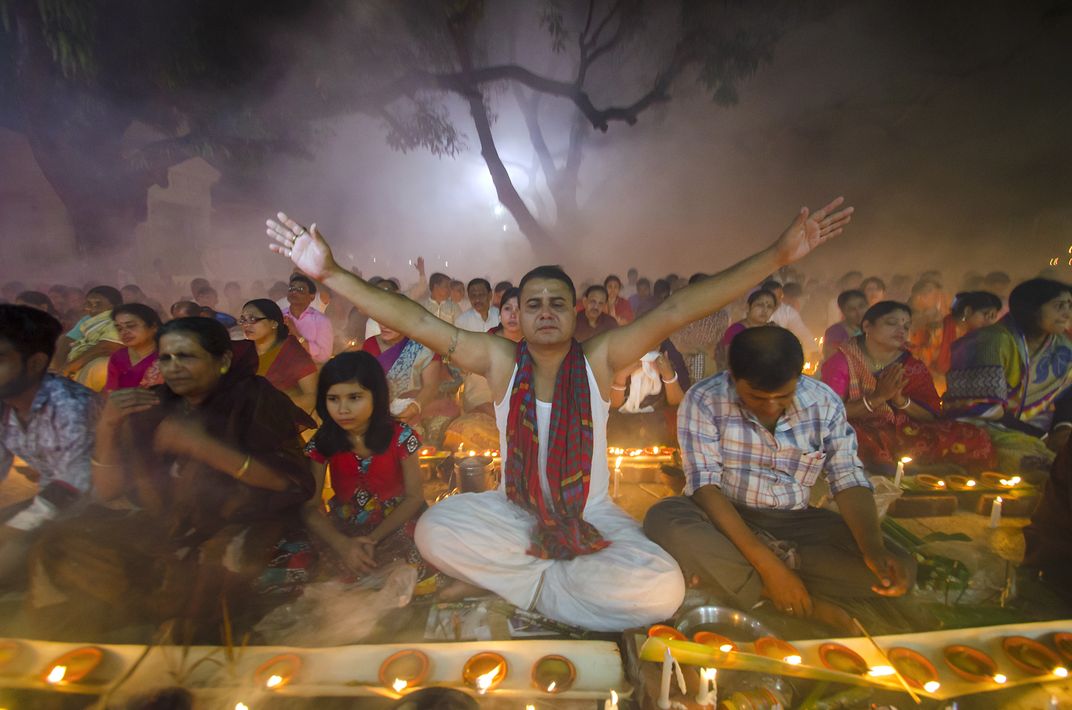 Every year Thousands of Lokenath fans and Hindu devotees gathered in front of Dhaka’s Shri Shri Lokenath Brahmachari Ashram temple, Sonargaon Barodi temple and Sylhet Lokenath temple to celebrate their religious fasting festival Rakher Upobash or Kartik Brati. The devotees sit in front of candle light locally known as prodip and absorb in prayer. The worshipers fast and pray during the festival which is celebrated between Novembers in a certain Days in Bangladesh. Lokenath Brahmachari who is called Baba Lokenath was an 18th Century Hindu saint and philosopher in Bengal. Hindu worshippers fast and pray in earnest to the gods for their favors during the traditional ritual called Kartik Brati or Rakher Upobash.