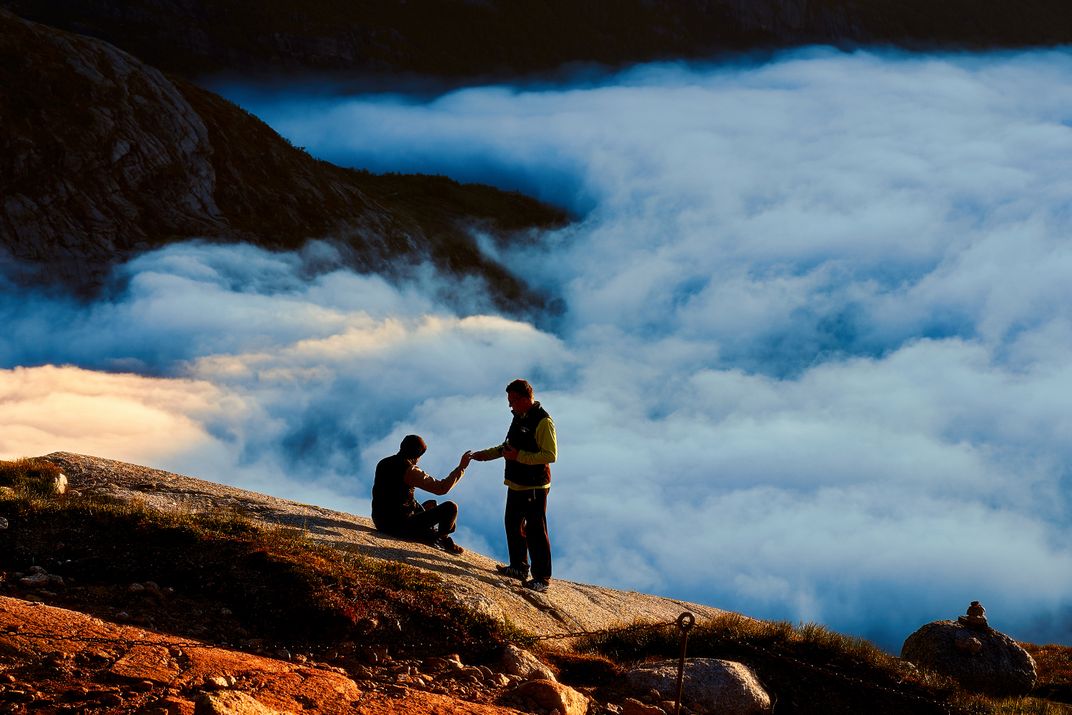 The son boasted that he was very agile and would rise to the top faster than anyone. Father did not argue with him, but just kept silent and slowly followed. The climb was difficult and far, the young man gradually left his strength. In the end, he sat on a stone and breathed heavily. Father approached him and extended his helping hand. This is a very philosophical moment, if you look at it from the other side. The younger generation often thinks that they all know and can, and that they don’t need help. But in the end, often they find themselves in a situation where without the help of the older generation they can not do it. Each has its own peak, its own path, its own climb. But at the beginning of the journey, our parents always support us. For which they respect and gratitude!