Home People Fatima prays in an occupied hotel in Grece 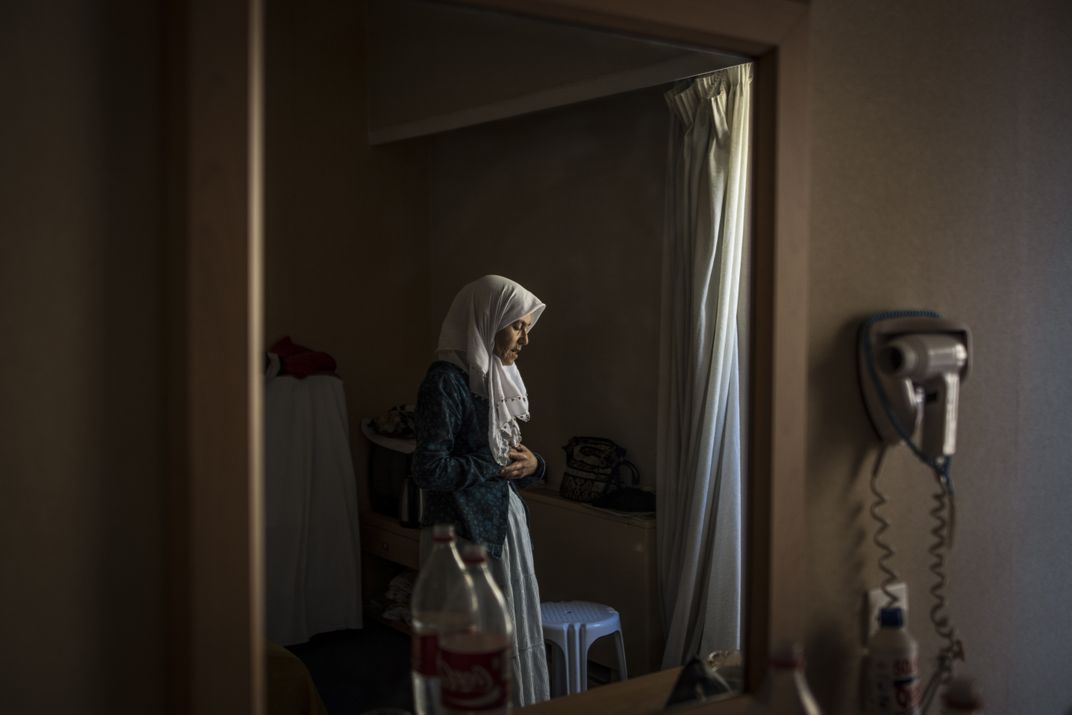 In April 2016 a group of Athenian citizens and activists seized the Hotel Plaza as a response for the humanitarian crisis of the refugees and migrants that was hitting Greece. Since then, this self-managed space has been a home for 400 refugees. Fatima prays in her room, her husband is in Syria helping the Kurdish army and her children are scattered around the world. After a long struggle for her Asylum papers and with the desire to see all her children again, Fatima passed away in Greece in May 2017.