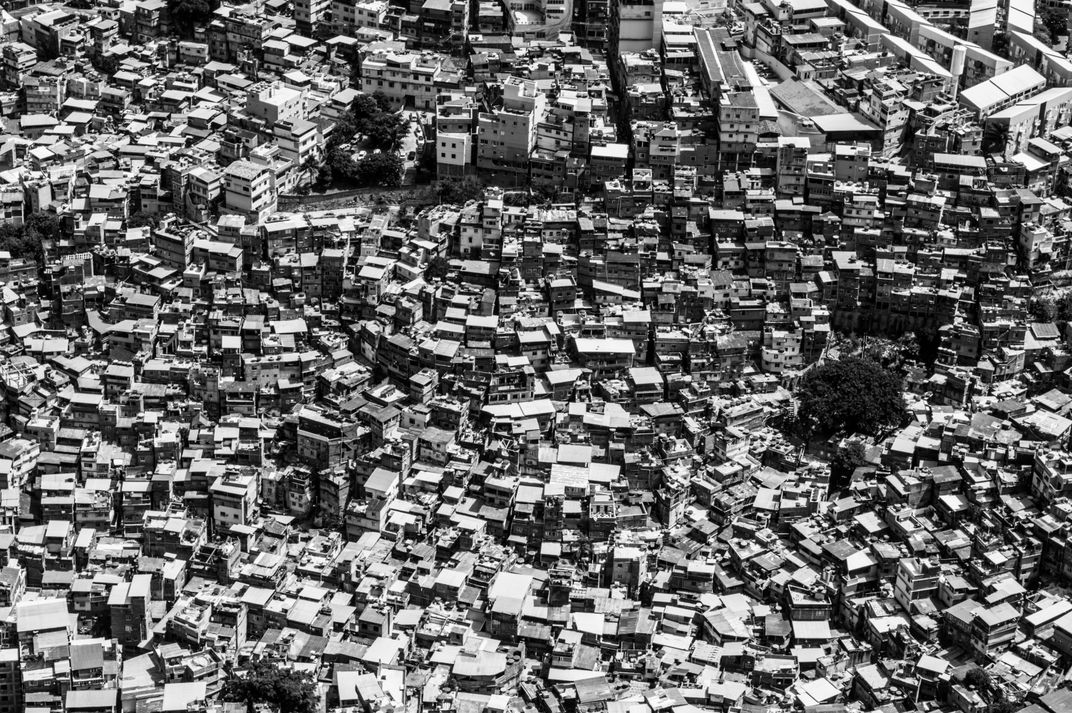 The staggering and impressive view of Rocinha – the largest and most populous favela in Brazil. With a community of almost 70 000 inhabitants, it reaches a density of 48,000/km2. That beats the density of Manila, the city with the highest population density in the world. The view of the favela from high grounds is breathtaking as the thousands of packed houses on multiple levels give the impression of an endless maze that only the locals may decipher.