Home People Fear Of The Light 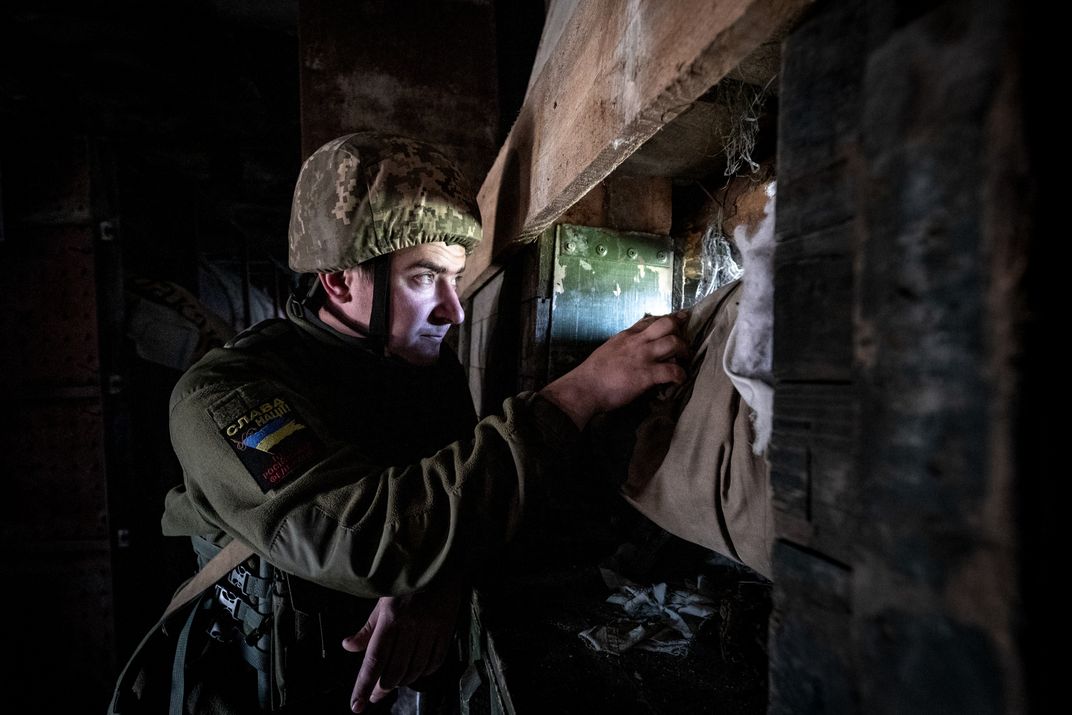 A Ukrainian soldier looks out to the enemy separatist positions, just over 100m away. So close that they can almost hear another speak. With both sides watching each other with sniper rifles, only a handful of small windows, stuffed with sandbags break the darkness. An hour after this photo was taken, a firefight broke out between the two sides, leading to the death of three men. The prospect of being caught peaking out of these windows is terrifying. With enemy soldiers easily being able to shoot through this gap, despite its side. For this reason, the men stay clear of the light and spent their time in the safety of darkness.