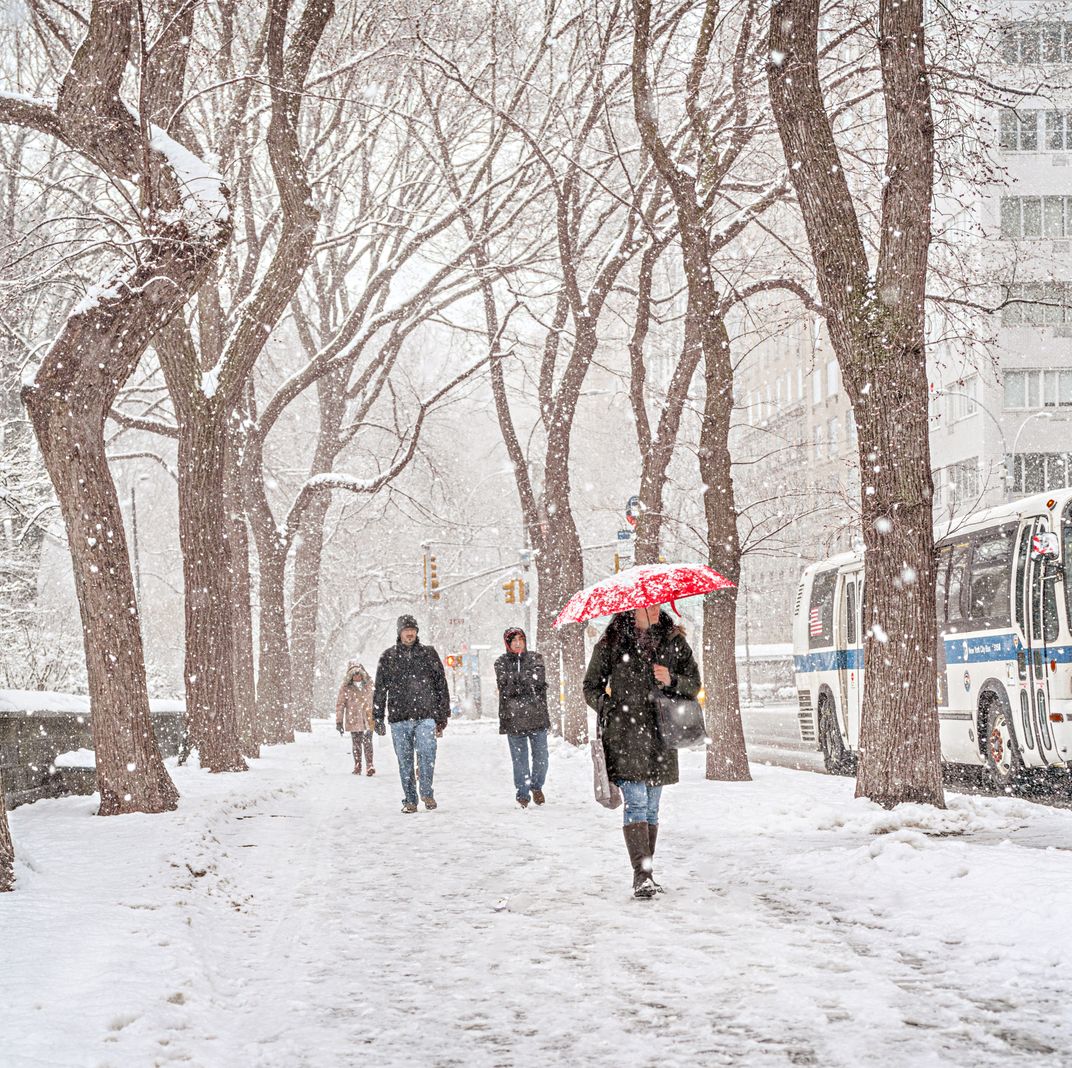 Days ahead, meteorologists warned NYC about a blizzard on March 21, 2018. I hoped they were right. My favorite subject is snow. On March 20, I planned my shoot: starting at a stop on Fifth Avenue through Central Park, exiting near the American natural history Museum. My first shot on the day of the storm turned out to be my favorite. I saw a woman walking along the east side of the park. Her bright red umbrella covered most of her face hiding her identity. Her pose gives the image a sense of mystery. Who is she? Why is she outside in such a massive storm? Did a gust of wind make her turn her face?